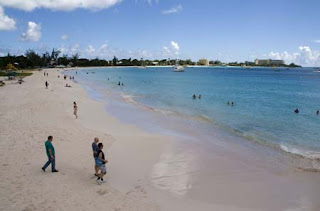 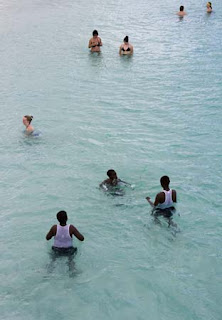 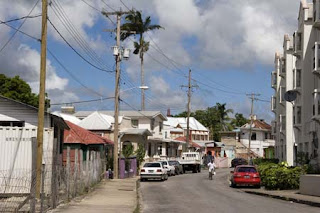 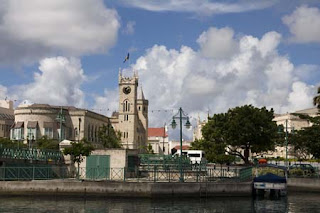 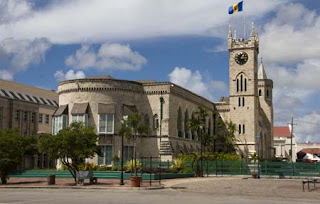 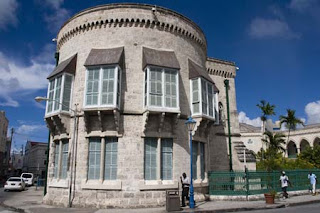 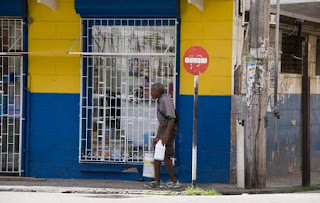 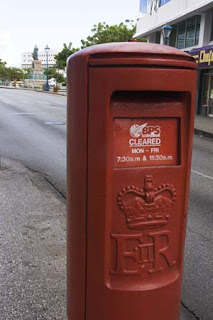 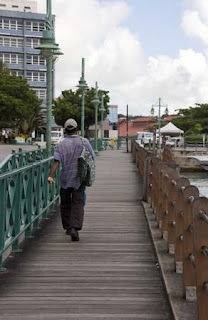 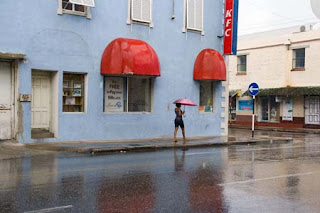 So, as one lovely cruise ends, another begins, as we turnaround in Barbados and head up to Fort Lauderdale.

We'd arranged to meet up with friends who were here on a different cruise ship, so we walked from the terminal along the coast with them into Bridgetown for a drink. Unfortunately we'd forgotten that it was a Sunday, which means that pretty much everything was shut for the day, which meant that getting that drink was much harder than we'd expected.

Having wandered through the deserted streets of the centre of town, scarcely passing a person, never mind an open cafe or bar, we headed for the beach on Carlisle Bay where there was bound to be something open. We found a beach club, where we had to buy a day pass (we managed to convince them that we were ship's crew, so we got in half price), which entitled us to all day access to their lovely sandy beach and a rum punch. Seeing as it was 9.30 in the morning, the rum punch was postponed for as long as possible, and we hadn't brought any swimwear with us, so we were essentially paying for the privilege of having a seat that wasn't a park bench.

Anyway, time flew by as we caught up on old news, and it was soon rum punch-o'clock, and then sadly time to say goodbye till we meet up in another random port somewhere else in the world.

It had been incredibly hot and humid throughout the morning, and as we explored Bridgetown's interesting mix of historic colonial buildings, old churches, scruffy 1930s buildings, and modern architecture, the heavens opened, and we sheltered under various verandas around town. The deluge stopped briefly just long enough for us to get back to port, and then it absolutely hammered it down almost as soon as we got to the terminal.

We come back here in a couple of weeks, when everything should be open, and hopefully we won't be washed away in another flood.