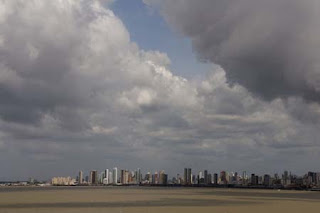 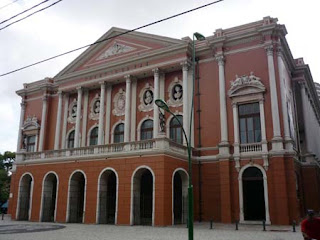 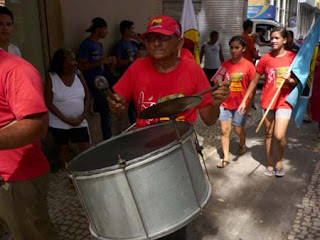 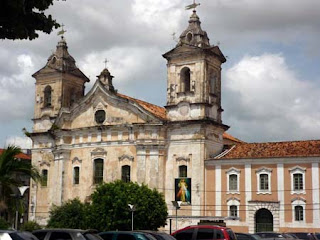 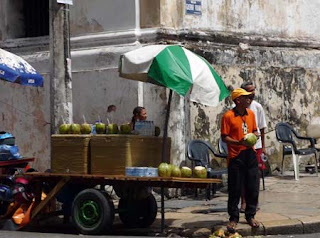 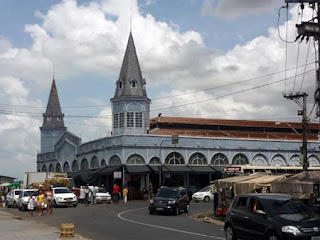 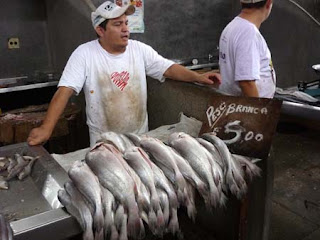 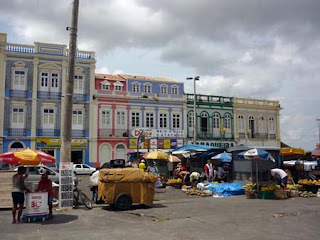 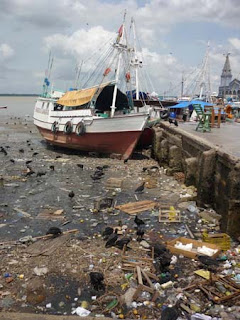 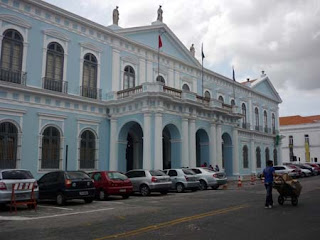 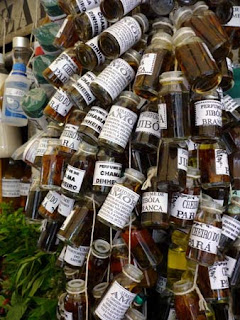 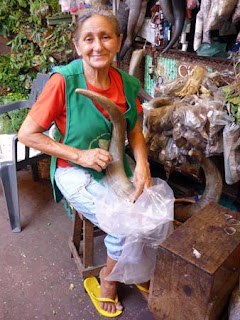 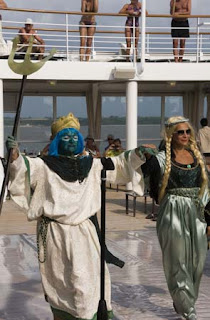 So, we have arrived in Brazil – which means that for going ashore, we have stripped ourselves of everything which can be stolen. No jewellery, no watch, no wallet, just a cheap camera, money hidden in underwear and shoes, and a money belt. It might sound a bit paranoid, but it makes you feel more comfortable exploring the mean streets.

Belem is 90 miles up the Amazon from the open sea, so we sailed upriver and anchored off the city. As soon as our tender got us ashore, we were assaulted (metaphorically thankfully) by a wall of noise. A protest bus was going past, blasting out thumping music – something which prepared us for a constant cacophony on the streets of competing sound systems from the different shops and market stalls.

As you explore Belem, you can see that this was once a very rich place – so many (now-crumbling) belle epoch buildings tell the story of a massive boom in Amazonian rubber in the late 19th and early 20th centuries, which was exported through Belem's port and brought enormous wealth into the city. Unfortunately, the rubber bubble burst when Malaysian rubber started up, and the city has been in decline ever since.

We caught the shuttle into the slightly scruffy centre of town and walked back from there, passing the grand opera house (from the days when the city had pretensions of high culture), and the incredibly busy and boiling hot shopping streets. Every other shop seemed to be either a shoe shop or an underwear shop, each one staffed by an average of at least 20 shop assistants who followed you around like zombies.

We slowly headed for the port, and ended up at the famous Ver-o-peso market – an enormous fish and produce market, where goods from the Amazon are sold. Some of the enormous Amazonian fish had to be seen to be believed, while the medicinal potions from the jungle seemed to offer miracle cures for most ailments.

Walking around the old port, some of the stenches were so foul that you could scarcely breathe, and as we fled the smells we obviously ended up in a slightly dodgy area, where a woman stopped us and told us "cuidado" – be careful. Needing no further prompting, we immediately headed back to the more crowded areas, where at least there was some safety in numbers.

That was our only brush with danger, and generally the city had a fairly laid back feel to it (if you ignored the frenzied music). The architecture of the city is its main feature – a wonderful mix of grand buildings that are now charmingly scruffy.

All too soon, it was time to get back on the ship for our 2pm departure, and our crossing the equator ceremony (Belem is one degree below the equator), where King Neptune inflicted various punishments and humiliations on willing crew members.