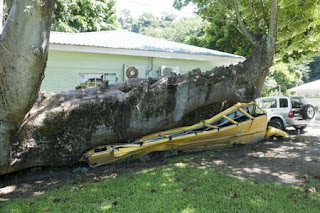 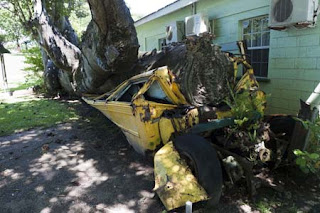 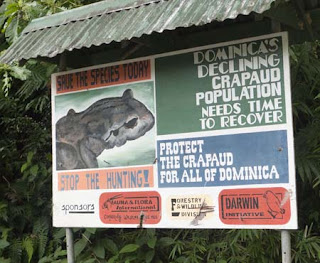 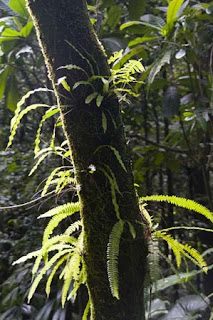 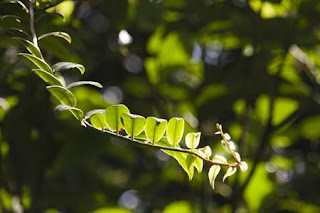 Another day spent exploring Dominica's remarkable rainforest – a place where the air's so fresh and moist, the vegetation so thick, and the environment so pure, that you could imagine that you've ended up in the Garden of Eden.

Our driver was a self-appointed PHD (Pot Hole Dodger), and we bumped along Dominica's fairly dodgy roads up into the mountains, and arrived at the Hibiscus Falls, another picture-perfect cascade of clear water emerging out of the forest and crashing into a cool pool at the bottom – like something out of the film, The Blue Lagoon.

After driving round the island, we returned to Roseau and visited the Botanical Gardens, which the British had set up at the start of the 20th century, as an extension of Kew Gardens. When you saw the range of exotic trees and flowers on show, you got the impression that pretty much anything can grow here in Dominica.

At the gardens we saw a horribly crushed schoolbus which had been obliterated by a huge boabab tree felled in the devastating hurricane of 1979 - a stark reminder of the power of nature here in Dominica.