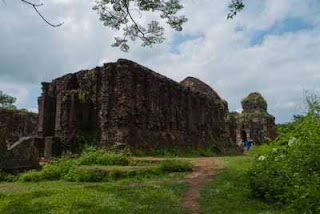 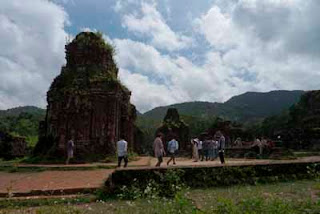 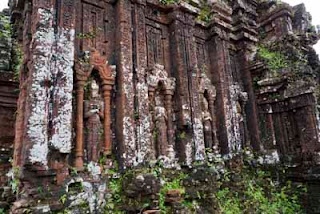 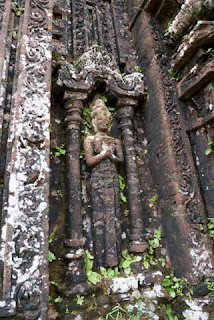 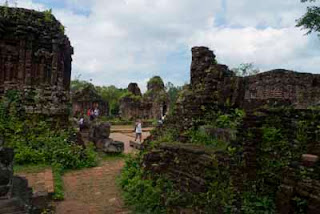 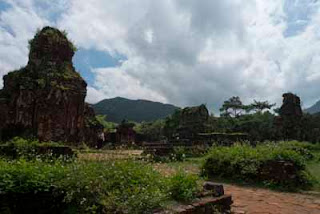 From the industrial port of Chan May in Central Vietnam, I joined the tour to explore one of the region's more obscure ancient civilisations – the Champa. 1,000 years ago, the Cham people dominated this part of the world, and took on the might of the Khmer civilisation in Angkor Wat, and the Mongol hordes amongst others. However, by the 14th century they had gone into a decline and the majority of their cities were destroyed or abandoned. The years since then haven't been kind to their cities, and the destruction of the Vietnam War hardly helped, so all that's left are just a few feint reminders of this once-thriving civilisation.

The ruined city of My Son (pronounced "Mee Sun") is the Champa's grandest relic, so we took the long 2-hour drive through rice fields and green countryside; pausing only briefly to visit some of the most rudimentary toilets I've visited in a while. In fact, the reports of how basic they were caused some confusion to one of our number (who will remain nameless), who, on finding that there wasn't the "hole in the ground" that he'd been told about, saw a small hole in the corner where a tile had come up, and decided this was his target. It was only when he emerged and found that the real toilet was next door, that it became obvious that he's mistaken a store cupboard for the toilet. The poor cafe owners must think that us Western tourists are strange people!

So, we finally made it to My Son; and, although it's been billed as "Vietnam's Angkor Wat", it must be admitted that the ruins weren't nearly as extensive or impressive as Cambodia's jewel in the crown. However, it was an evocative site to explore in amongst the jungle, with its overgrown brick built temples elegantly decorated with Hindu Gods, and the odd bomb crater left by American efforts to target the Viet Cong who were hiding there.

Having worked up a sweat and a hunger with our archaeological exploration, it was time to head to a restaurant, where we had some typically tasty Vietnamese food. Our final stop was to the Cham Museum in Da Nang, where the best of the Cham sculpture had been gathered by the French, before the terrible damage of the Vietnam War. Judging by the high quality of the statues of the Hindu gods there, it must have been an advanced and cultured civilisation at its height.