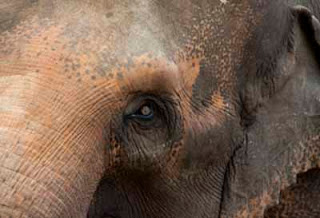 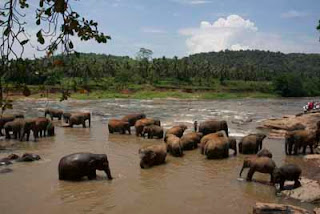 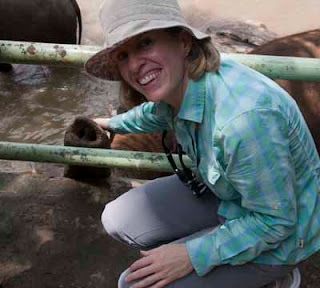 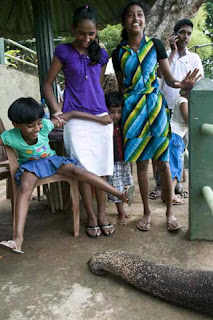 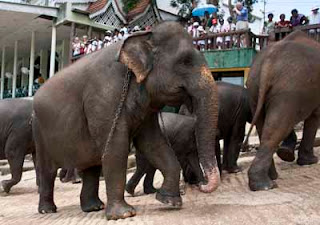 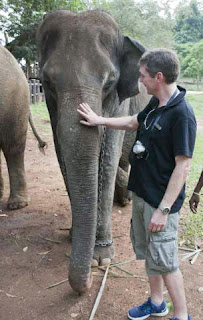 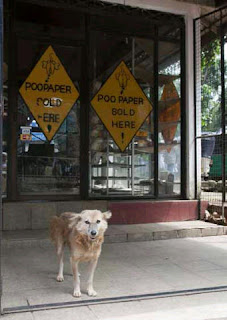 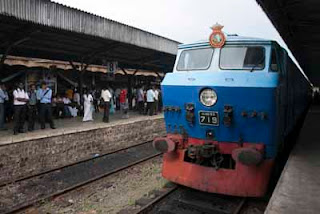 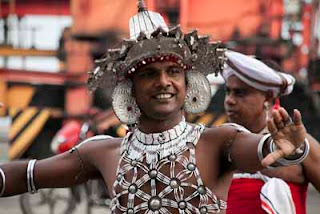 As we shook, rattled and rolled our way past Colombo's sprawling suburbs and into the open countryside, it was a very relaxing way to get out of the city. Once at our destination, we then had a short coach ride to the elephant sanctuary. Unfortunately for us, it was some kind of school holiday, where all the schools take their children out on day trips, and it appeared that most of the country's schools had taken them to Pinnawela. The approach to the Sanctuary was choked with schoolkids in their neat white uniforms, although it must be said that they were all very well behaved – if this were Britain, the volume levels would have been about 10 times higher.

Actually, it appeared that most of the children were on their way out, so by the time that we got down to the river where the elephants were bathing, the crowds had thinned out appreciably. Because, in the water right in front of us, were about 40 elephants bathing, playing, lumbering and wrestling away in a compelling display of elephantine antics.

It was the kind of thing that you could stand and watch for hours, as the younger elephants attempted to playfully wrestle each other off the rocks, like sumo wrestlers in elephant suits. They got up to the kind of antics that you'd see human children do in any playground around the world – all competing to be king of their particular castle.

Most of the elephants carried on plunging themselves into the water totally oblivious to the crowds of us watching them, but a few of them obviously thought that they could get some food from us, so would snake their trunks up over the ledge to see what they could sniff out. It was a strange experience to pat the elephant's rough trunk, and try to avoid his snotty nostrils trying to curl up our legs to give us a good investigation – the little children next to us shrieked with an equal mix of delight and fear every time the trunk got close to them.

After a delicious curry lunch overlooking the river, we headed over to the area where the elephants are fed. Here, we watched the juveniles glug down litres of milk, and saw a couple of tiny orphaned babies looking super cute with their thick black hair sticking straight up like they'd just got out of bed.

All too soon, our entrancing elephant encounter was over, and it was time to head back to the train for Colombo. What a great experience to be so close to these incredible and intelligent beasts.