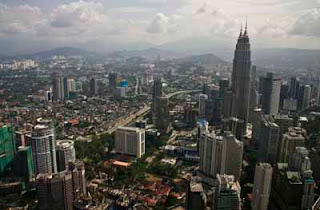 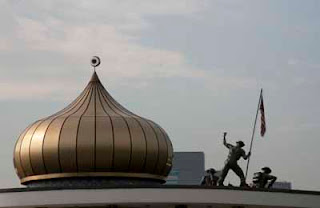 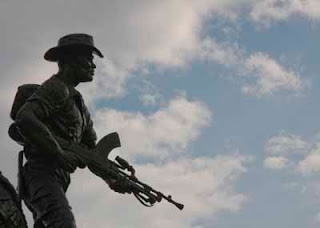 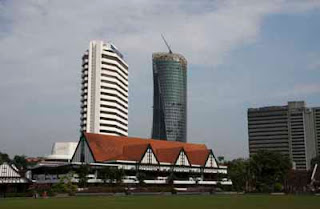 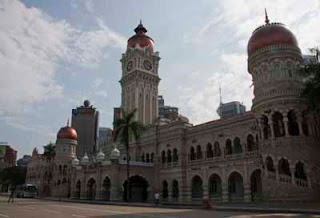 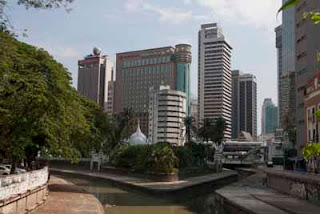 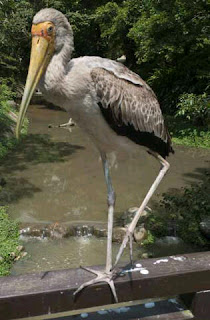 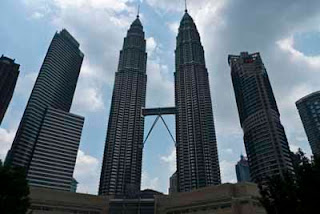 The start of this cruise is a busy one – 4 port days all in a row, which for me, means a fairly tiring combination of sightseeing during the day and lecturing in the evening. However, the sights more than make up for the mental exhaustion.

Today I took the hour or so long drive to KL to visit its gardens and bird park. On the drive in, everyone was impressed with the modern infrastructure of the city – fast-moving highways (it helped that it was a Saturday), neat apartment blocks, and towering skyscrapers in the city centre. Malaysia is clearly competing hard to catch up with its flashy little brother, Singapore.

We stopped in at the National Monument – a monument to all those who died in "The Emergency" in the 1950s, as Malaya descended into chaos as British rule came to an end and a Communist insurrection raged. The striking statue was designed by the same sculptor that produced the Iwo Jima Monument in Washington, and the artistic style was very similar.

Then we went to the National Gardens, which were full of colour although exhausting to explore on a sweltering day; before we ventured to the National Bird Park which boasted that it was "the largest free flight aviary in the world". It was certainly very large, and had a huge collection of squawking peacocks, colourful parrots, pink flamingos, and countless other exotic birdlife.

By now we were overheating, so it was great to cool down over a delicious buffet lunch at the Intercontinental, and then to enjoy more air-conditioning in the huge mall below the iconic Petronas Towers.

KL's a wonderful showpiece for modern Malaysia – whether the rest of this largely rural country can catch up with too is the big question.