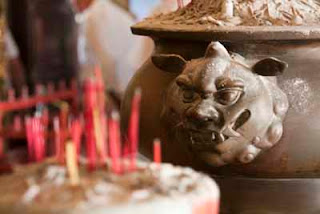 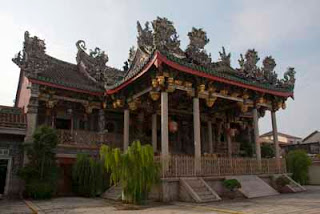 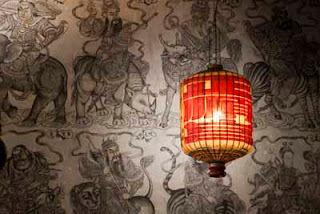 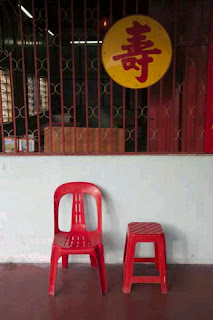 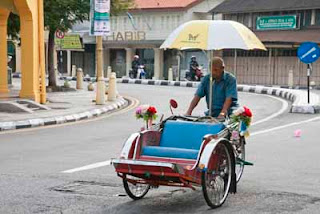 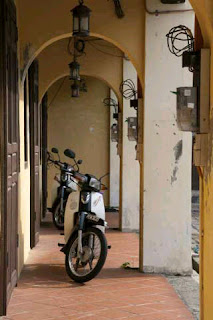 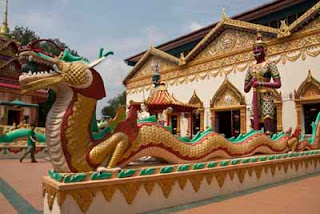 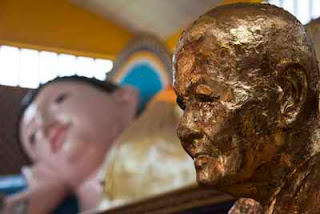 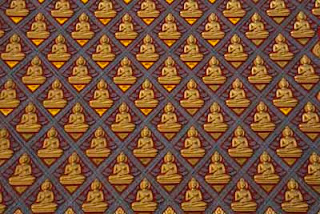 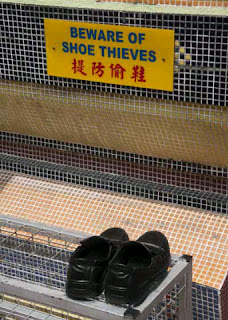 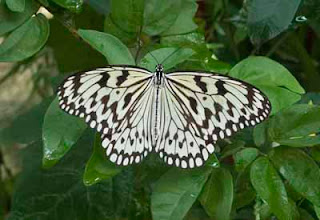 If it's Sunday, it must be Penang – after 7 days of non-stop touring in hot and humid weather, I'm really looking forward to a sea day in a couple of days time. However, the interesting sights are keeping me going, and colourful Penang is a great place to explore.

I joined a tour which showed us different sides of this cosmopolitan little island. Although this Malay island was colonised by the British, the dominant cultural force here has always been Chinese, so we started with a trishaw ride around the streets (thankfully pretty quiet because it was a Sunday), before ending up at the fascinating Peranakan Mansion Museum.

As soon as the British took over Penang, they imported Chinese to do much of the hard work; and, many of those commercially minded Chinese began to do as well as their colonial masters – particularly those who got involved in the lucrative opium trade. The Peranakan Mansion belonged to one of those Chinese drug dealers, who clearly had plenty of money to spend on decorating his palatial mansion in a striking fusion of eastern and western styles – much of the design was dictated by feng shui, yet many of the modern features (like ironwork imported from Glasgow) were European.

We next went to the Penang Butterfly Park, which was full of these colourful and delicate creatures fluttering by. To be honest, I'm not particularly into butterflies, but the whole thing was very well done.

After the obligatory Penang retail opportunity at a Batik factory, we stopped in for lunch at the Shangri-La, which had the best buffet I've been to in a while – a wonderful showcase for the different culinary influences on the island over the last 200 years – Chinese, Indian, Malay and European.

Just as we were on the point of flagging, we had possibly the best stop of the lot – a visit to the Khoo Kongsi Chinese Clan House. This was the historic meeting house and community hall of one of Penang's major families – the Khoos. Considering that they'd all originated from a fairly insignificant village in China, 12 generations ago, the family has clearly been very successful, and the ornate clan house was a showpiece for this. Inside its delicately-carved pavilion, the achievements of the various clan members were proudly shown off, and provided an informal history of the city of Penang along the way.

The great thing about Penang, is that it packs in so much history and so many different cultures into a fairly compact city – a place that seems almost designed for whistle-stop tours.