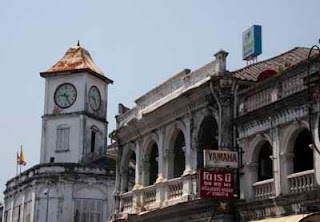 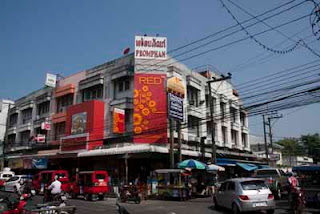 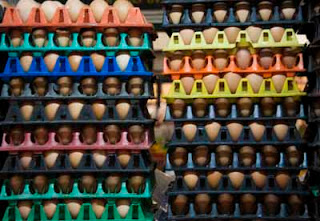 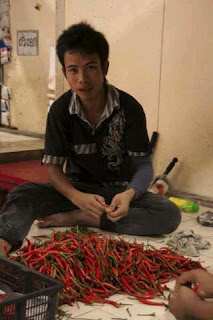 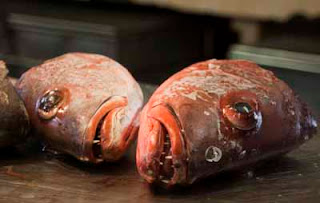 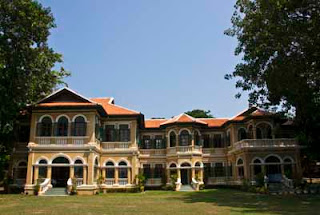 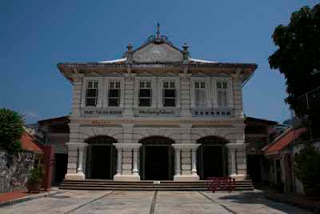 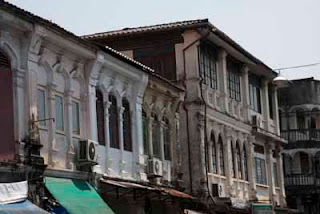 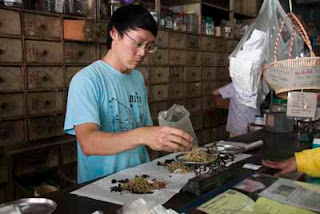 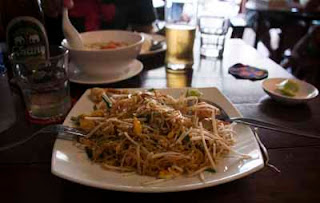 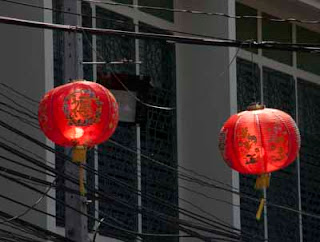 Most visitors come to Phuket for sun and fun on its glorious beaches; and so, the fact that this is actually a fairly historic place with a fair amount of culture tends to get forgotten. Our mission today was to explore the forgotten historical and cultural side of the capital, Phuket Town.

Unfortunately, to get into to town, you have to run the gauntlet of the rapacious taxi drivers who have managed to stop any ships running shuttle buses here. Instead, they aggressively try to overcharge you for the smallest journey, and would rather walk away from a deal at a decent price if they can't get you to pay an inflated rate.

After working our way through about 10 drivers, we got someone to agree to take us there and back for $20, which I knew was over the top, but in this kind of heat you can only argue so much. So, we finally got a lift into town, and started to explore. We headed first for the town's food market, which turned out to be one of the smelliest that I've come across in a long time, but it had a good array of exotic fruit and veg on offer, and lots of different curry pastes by the bucketload.

We then explored the historic streets of the old town, where the architecture of the rows of 2-storey shophouses was very similar to the historic architecture you find in Penang and Singapore – not surprising, when you think about the trading links between these towns in the 19th century, and given that the population of all three towns back then was predominantly Chinese.

Back then, there must have been some serious money to be made (mostly from the island's lucrative tin mining industry) judging by Phuket Town's array of grand mansions that have survived in varying states of repair, dotted in amongst the shophouses and the modern developments.

By now, it was seriously hot and steamy, so we sought some air-conditioned respite in one of the larger malls in town, before heading back to the Old Town for lunch. We ploughed our way through large amounts of delicious Thai food – the spicy green curry almost causing as much perspiration as the extreme heat outside.

After a bit more wandering through the historic streets, visiting quirky little boutiques and souvenir shops, we could take the heat no longer, and rendezvous-ed with our waiting driver for the return drive to the ship. Considering the huge amount of tourists on the island, there were surprisingly few in cultured Phuket Town itself – I guess that's their loss, and our gain.