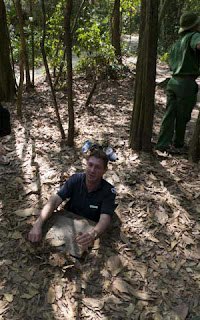 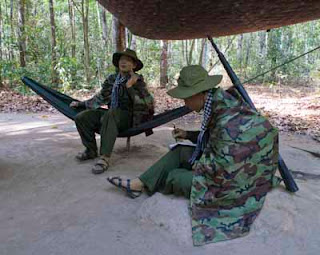 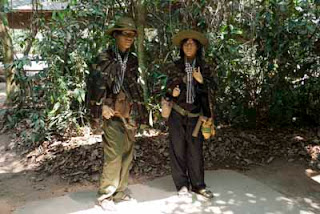 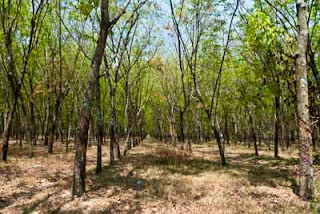 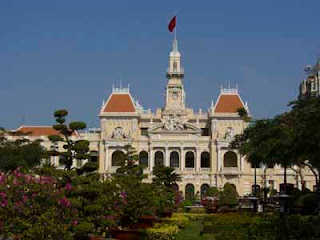 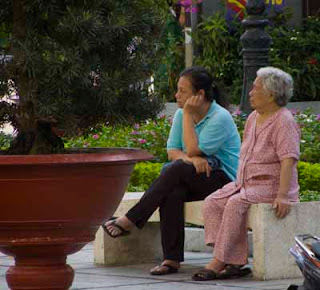 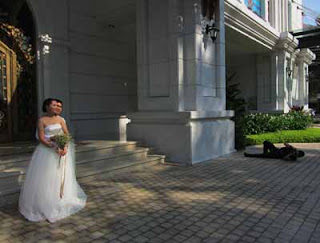 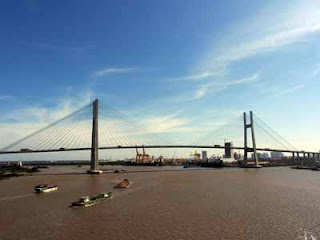 It was an early start for the 2-hour drive out of HCMC to get to the Cu Chi Tunnels – a remarkable network of tunnels where the Viet Cong hid and lived underground, away from the American troops, who were never able to dislodge them from their subterranean refuge.

Just seeing the terrible conditions that the VC endured, and their ingenious solutions to underground living, showed you just how strong their resolve was and how resourceful they were when it came to guerrilla warfare. The American GIs didn't have much of a chance against an enemy like this, that would attack and then disappear without a trace.

We saw the gruesome booby traps they set for the Americans, which were designed to maim and injure, rather than kill – they knew that the GIs wouldn't leave an injured comrade, which at the very least would slow them down considerable, and would make them even more vulnerable to ambush.

We saw the camouflaged entrances to the tunnels on the ground, which were so incredibly tiny that it's a real struggle for westerners to get in. I last had a go in 2010 and just about squeezed in, so I wanted to see if three more years of cruising had compromised my tunnel entering ability. Fortunately, I just about managed to get into the tiny hole, and I didn't have a Pooh Bear experience by getting stuck in it.

If I'd been really brave, I could have crawled along the dark and dank tunnel to see where it led to, but I didn't fancy that, so we went to one which had been slightly enlarged and lit up for us larger westerners to get a sanitised view of tunnel life. Even so, it was pretty claustrophobic down there, as we stooped along this airless conduit – you really wouldn't want to spend more than 5 minutes down there.

This was a very thought-provoking tour, that puts the rarely heard North Vietnamese side of the story across, and reminds us of the everyday grim reality of war.