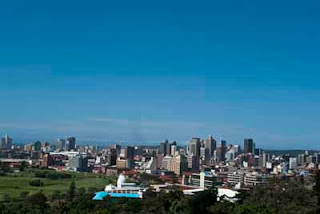 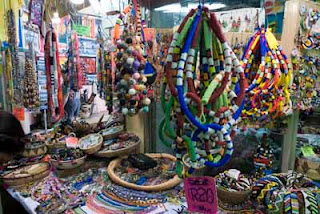 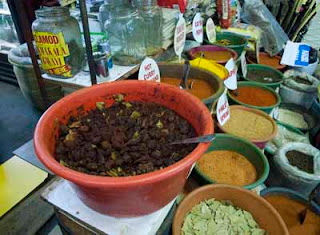 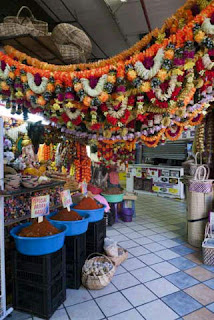 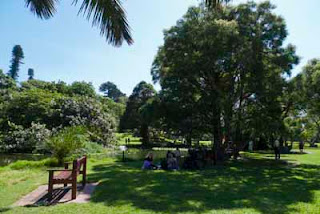 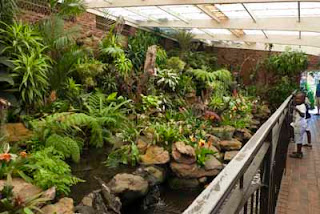 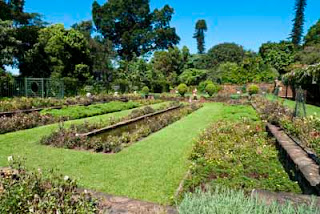 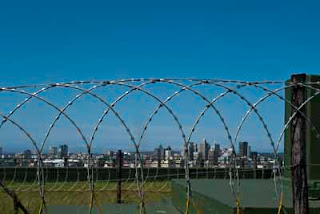 Poor Jon stayed on the ship after his despair of going nowhere yesterday – apparently the whole group were wandering around the empty ship lamenting the aborted trip
Instead, I headed off on a Durban city tour. We drove to the Indian area of town where the Victoria market was, and I could feel the rand begin to itch in my pocket as I eyed lots of gorgeous beaded African jewellery for sale. I have been here a few times before and bought similar items always with the intention of handing some out as gifts. I'm not sure anyone else has received them yet....

The vendors all explained how they/their wives had designed the beaded items and asked local ladies to produce them, so I thought it was strange when so many of them had 'invented' pretty much the same design, but they were insistent. Other, more cynical passengers explained when I was back on the coach that they had seen that the boxes had 'Made in China' stamped on the side of them, which may have explained the confusion.

Next stop was the gorgeous botanical gardens, a real haven of peace, so I had a short walk around and then headed to the tea rooms that the guide had mentioned. There was a bit of a queue so I started chatting to a local lady. I said that I had seen some monkeys in the garden and she explained that they were a nuisance and were actually quite dangerous, as the large male came down into the trees above the cafe, and kept watch as the younger gang members would then go on the rampage, stealing scones and flapjacks, and if anyone challenged them the large male would come down & intercept. She then carried on explaining that in fact the whole of human society in South Africa was like this, very dangerous, where you're prone to being robbed, attacked (and worse) at any time. In fact, in her eyes, it was pretty much a lawless state, and Zuma and the police could not take control. At this point my guide stepped in and chastised the woman saying she was being far too extreme and was giving South Africa a bad name.

We ordered our coffee and cakes and sat down to enjoy them. At this point, a few of the vervet monkeys moved around in the trees above us and the guide explained to me that this woman was not speaking for the majority of South Africans and was being very alarmist, and that neither the monkeys nor society was that threatening. However, I ate my scone extremely quickly just in case the monkeys above didn't subscribe to her point of view.

On the way back to the ship we drove through the residential area of town and saw that the majority of houses were surrounded by barbed/razor/electric wire with big signs declaring they were protected by security companies. So, whilst the alarmist lady in the park may have exaggerated the crime in South Africa, I think my guide may have been looking through rose-tinted spectacles when she described the crime in Durban as the same as any other city in the world. I imagine the truth is situated somewhere between these two viewpoints.