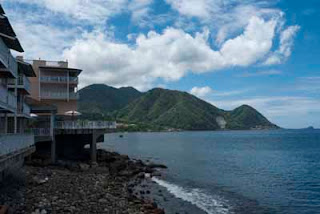 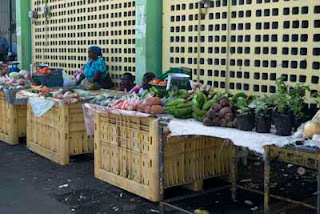 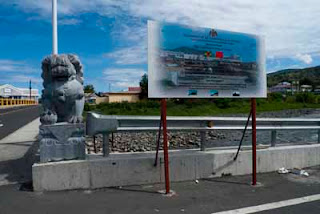 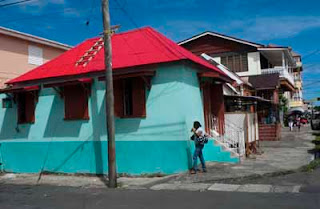 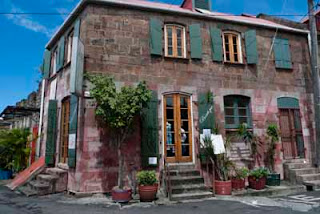 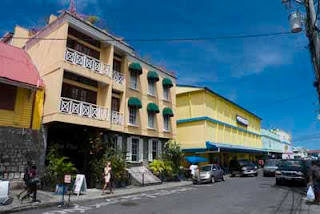 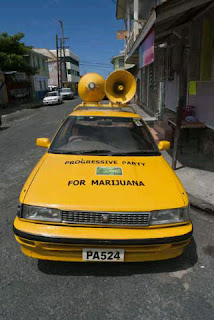 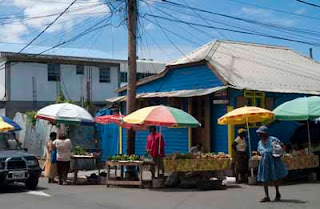 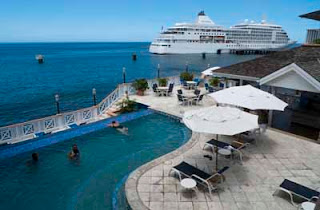 I've always felt that Dominica was one of my favourite Caribbean islands – and, today did nothing to dissuade me from that view. We were only here for the morning, so rather than head into the lush rainforests that the island's famous for, we decided to head into town to sample a bit of daily life in Roseau.

Actually, Saturday is when Roseau is at its most lively, when the market is in full swing. On a hot and sweaty day, as we explored the busy stalls, there was more than a touch of Africa in the atmosphere of the market, but here, everyone was friendly and more than happy to talk us through what they were selling. In fact, I've always found Dominicans some of the most friendly people you can meet in the Caribbean – probably, because the island hasn't been ruined by tourism yet.

The lack of tourism also means that this is one of the poorer West Indian capitals – but, this isn't a place where you're frightened to walk down any side streets. For me, it's the lack of money here that gives Roseau a lived-in, slightly ramshackle charm that's always fun to savour. In fact, I just wish that we could have stayed here a bit longer, and had a chance to spend a little time in one of the town's lively bars – next time.....

PS. The one blot on Dominica's future, could be its increasing reliance on China and Venezuela – not exactly great examples of democratic progress, but for a nation of only 80,000 people, I guess that you need all the friends you can get. So, we saw a bridge built by the Chinese, the largest embassy in town is the grand Venezuelan one, while the Chinese were building a huge new Parliament for this little country (significantly, it was being built largely with Chinese labour rather than using the local labourforce).