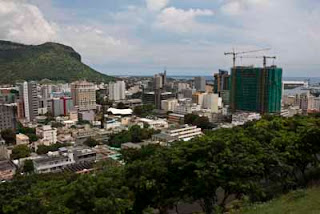 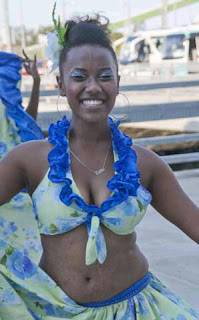 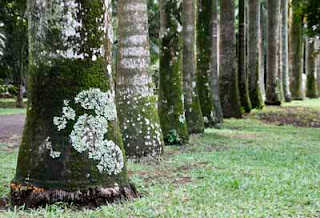 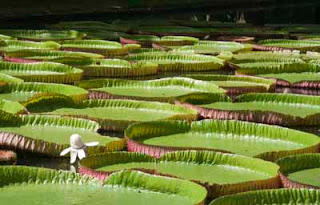 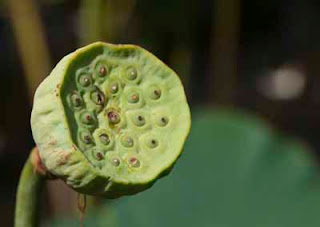 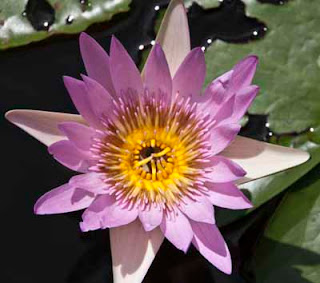 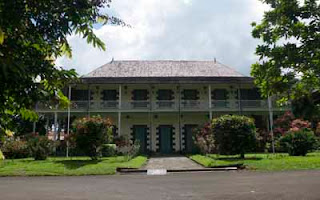 After 4 days at sea from the Maldives, and 3 of them trying to skirt around a pirate danger zone (without incident thankfully), we finally arrived at the holiday island of Mauritius, where we joined a tour that promised to give us a "Glimpse of Mauritius".

The tour took us to the lush Botanical Gardens (apparently the third oldest in the world) which were a good showpiece for the fertility of this tropical island. Aside from all sorts of tropical trees and flowers from around the world, the best bit was the water lily pond, with huge great water lilies looking like giant stepping stones across the pond.

Then we went into the interior of the island to discover Mauritius's history as a sugar island at the "Aventure du Sucre" Museum. Up until the last couple of decades, sugar has always been the dominant factor in shaping the island's economy and society. The French had introduced African slaves to work on their plantations, and then when the British took over and abolished slavery, they brought over Indian indentured workers to work on the plantations – as a result, about 45% of the population are black/"creole", while about 45% are Indian.

After the museum (which was a lot more interesting than you might expect a museum about sugar to be), we then headed for the old fortress, Fort Adelaide, which sits above the capital Port Louis. From this excellent vantage point, we could appreciate how much the capital has grown, and how developed it's got, as IT and banking have taken over from sugar as the mainstays of the economy.

It may not be all about sugar these days, but life is still sweet on Mauritius.