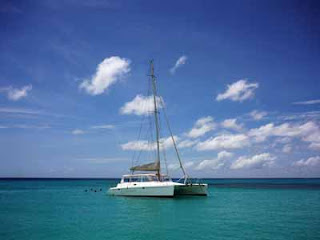 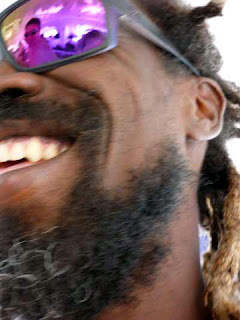 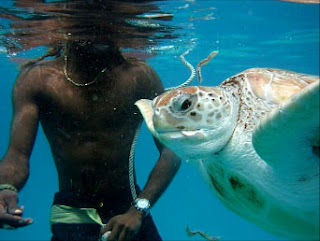 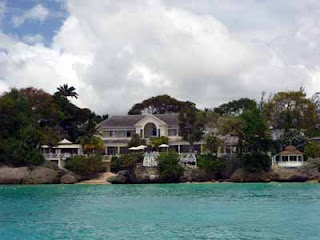 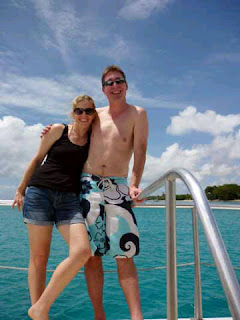 You'd have thought that after 4 days crossing the empty Atlantic Ocean from Africa to the Caribbean, that the last thing we'd have wanted to do was to go on a boat tour in Barbados. But, this beautiful island is a watersports mecca, so we'd thought we'd see what the fuss was all about. The result – one of the best boat trips/snorkelling expeditions we'd been on.

As we got to the boardwalk in Bridgetown, my heart sank when I saw a catamaran ahead of us, packed to the gunnels with about 60 partying youngsters who'd already started on the rum punches (it was 9 in the morning). Fortunately, just behind it, was a similar-sized catamaran just for the 20 of us – this promised to be a more sedate affair.

Having said that, once we'd all started tucking into the rum punches later in the day, when the party music was turned up, and the fun-loving crew began to encourage a bit of rowdiness, then the atmosphere got quite lively on our boat too.

Before that though, we sailed up the sheltered western coast of the island, past the swanky holiday homes of the rich and famous, to go for a swim with the turtles just off the beach of the mega-exclusive Sandy Lane Hotel. It was amazing to be swimming in such close proximity to these graceful creatures, who didn't appear to be bothered by our presence in the slightest – they're used to being fed by the sight-seeing boats here, so they just swam around us to get to the food. To be nose-to-nose with a grumpy-looking turtle in the water, you soon knew who had right of way.

Next, we moved onto a different snorkel site, where the coral reef was in good shape and there were plenty of brightly coloured fish in all sorts of colours and luminescent shades – this was as good snorkelling as I've had in the Caribbean outside of Bonaire in the ABCs.

With the snorkelling out of the way, it was time for eating, drinking and soaking up the warm tropical air. A really enjoyable day spent in the company of some very fun-loving people.

To carry on the party theme – in the evening it was the final deck party of the world cruise. Everyone was in very good spirits and the dancing on deck was as feverish as a world cruise can get (by most people, apart from myself whose dancing was hampered by a mystery knee injury that miraculously cleared up when the music stopped).