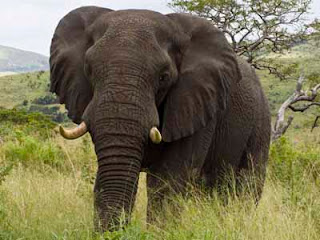 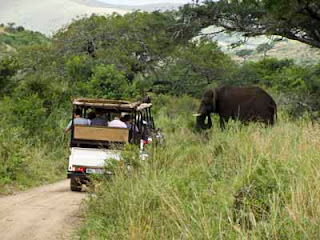 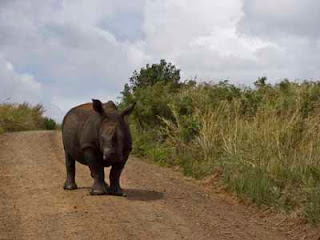 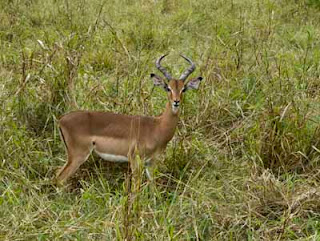 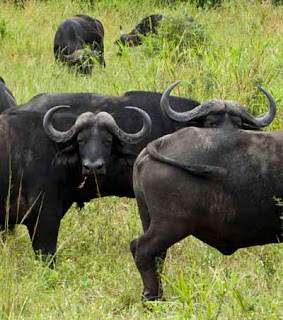 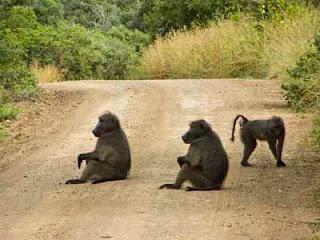 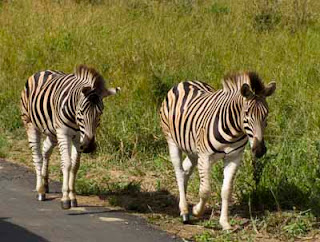 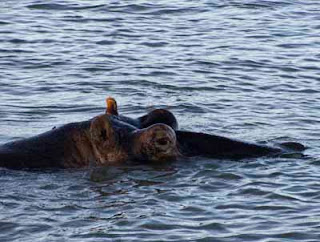 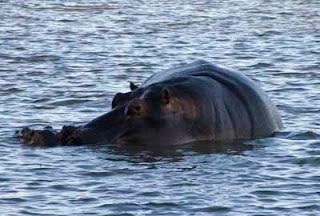 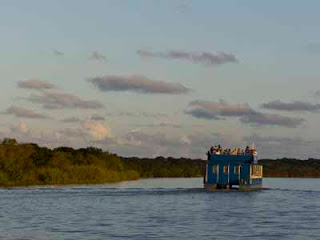 My last two safari park visits left me quite nervous about interacting with African animals, so I was hoping that today's trip from Richards Bay would rectify this. My first ever safari, a couple of years ago, was on a tour in a jeep whose sides were open to the elements. So, when the driver decided to drive alongside a large lion in the shade of a bush which on my side of the jeep, I was understandably terrified – I could not imagine why this lion would not jump up and attack me.

The driver explained that the lion saw the jeep as one large creature – but I definitely felt that lion looking at me personally in the eyes.

The last time, Jon thought it would be a brilliant idea to hire a car and be my personal guide in a South African reserve. I had absolutely no confidence in his ability to react if a large wild animal came near, so I insisted on the car windows being firmly shut (in case a lion used his claws to prise the window open) and then made him pause a long time to look at anything unthreatening – basically, dung beetles and birds. I was extremely happy when no lions were spotted.

So, today I was intent on being very brave as we went in to Hluhluwe reserve to spot the Big 5.
On the way we passed a group of young Zulu girls celebrating a 21st birthday – as many of the young girls were topless there was a large movement of passengers at the coach window straining to see the party.

At the park, our first sighting was a huge elephant, the driver drove straight alongside him and the elephant was flapping its ears. This, I had been told, was a sign that they were about to charge, but the driver seemed calm, so maybe it was just flapping flies away. However, as it did edge towards us I got very friendly with the passenger next to me, as I was sure those extra few inches away from the edge of the jeep would save me should a tusk/trunk poke into the jeep.

We moved on and the driver told us to look out for wildlife. My eyes were straining and I thought perhaps I could see something on the horizon, however, as my comments are often greeted with laughter at their absurdity, I decided not to mention those tall things I had seen in the distance, in case they were actually telegraph poles. So, I did not get the glory when they turned out to be giraffes - the lady behind me did instead. However, feeling confident that I'd spotted them first, I then decided to call out as soon as I spotted anything else. I successfully spotted a leopard in a tree which turned out to be just a lighter coloured branch, and a croc in the river which was actually a terrapin (an easy mistake to make)!

We then moved on to the St Lucia reserve where we watched hippos in their habitat. There were loads of babies around, which the mothers were fiercely protecting and gave big grunts of disapproval as we came close.

Lovely day, and maybe I will do this again, now my fear has been slightly abated and my huge talent for spotting animals has been discovered!