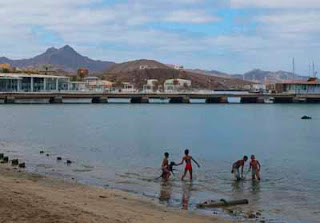 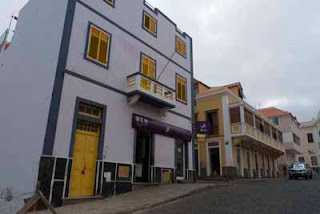 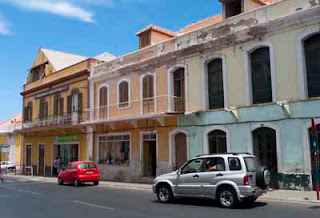 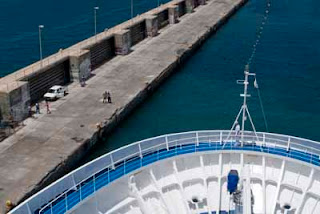 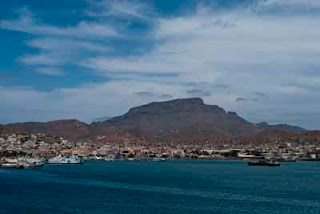 Mindelo in the Cape Verde Islands is a fairly sleepy place at the best of times, but on a quiet Sunday morning there isn't really very much going on. Having said that, it made the contrast with the chaos, noise and litter of West Africa even greater.

Because, this is an organised and attractive little town that has as much of the atmosphere of Europe as it does of Africa. The colourful Portuguese architecture is mostly in a good state of repair, making it seem like a bit of the Algarve plonked in the Atlantic off the west coast of Africa; although the population are mostly descended from the African slaves who arrived here in the times that the Islands were a vital staging point on the transatlantic slave trading routes.

We were only here for a few hours, and seeing as we've been here before and we'd seen all the sights (such as they are) in town, we didn't have much of an agenda today other than to do a bit of general wandering, before finding somewhere with wifi so we could call home (not so many opportunities for this on mainland West Africa). This was all achieved with minimum fuss in a nice little bar where they served us some decent Portuguese beer to keep us cool.

So, our brief time in Mindelo confirmed a few things that I already knew – this is a very attractive place with good weather that's visitor-friendly and very quiet . All good things that augur well for a growing Cape Verdean tourist industry.