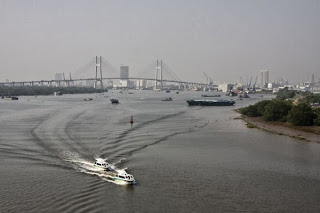 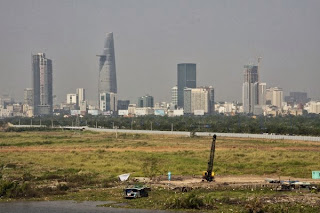 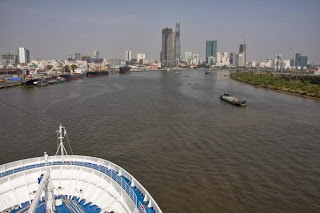 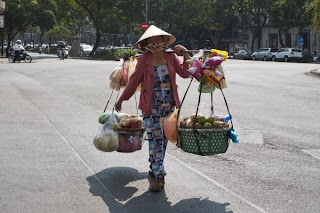 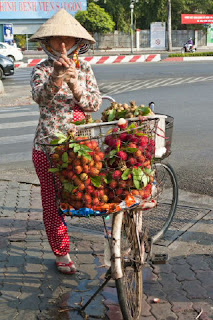 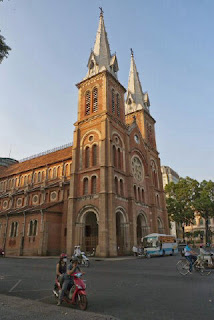 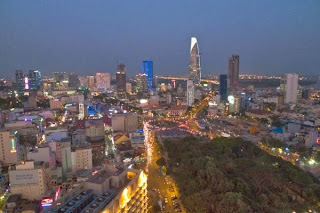 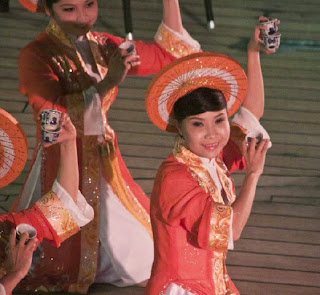 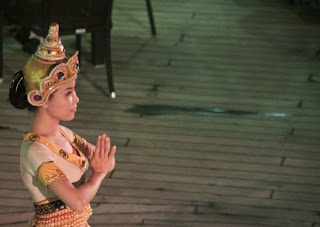 Ho Chi Minh City (or Saigon as most people know it) is a place that I always look forward to coming back to. Even though I've cruised here many times, there's still such an exciting sense of energy about the place, while the city is continuing to develop and grow so quickly, that there's always something new to discover here.

Another factor that makes Saigon so exciting, is that our arrival here always builds a sense of anticipation. We sail for 3 hours down the winding Saigon River, passing by flat, quintessentially rural landscapes that give way to dense suburbs, before the increasingly tall CBD comes into view. As the city got closer, I gave a narration from the bridge, pointing out a few things of interest along the way, and trying not to distract the captain, who clearly had his hands full negotiating the 180- degree turns in the river, and in steering through the heavy river traffic of mainly slow-moving barges that constantly dogged our progress.

On arrival, we rushed off to the Armani Spa, where Tracy got her hair done, while I went for a 90-minute massage. Having established that there was going to be no funny business at the end of the massage (happy or not), I relaxed into my pummelling that was by turns painful and soothing. I think I must have been asleep for a fair amount of it, because at the end I was fairly zonked out – something that left me unprepared for emerging back out onto the chaotic streets of hot and humid Saigon.

After a tasty lunch, we headed to the clothes market (largely knock-off) at Saigon Square, where the air-conditioning and less-frenzied atmosphere made for a less pushy alternative to our next stop, the legendary Ben Tanh market, where the stall owners were happy to grab you when they thought that they could get a sale. Maybe our negotiation skills weren't up to much, but the prices in Shanghai seemed to be much better than we were getting here.

As the day wore on, we were in need of a drink, and where better to go to chill out, than to the Chill Bar at the top of the AB Tower. As the sun went down, the views of Saigon's ever-taller skyline were magnificent, while we were entertained by an off-duty Japanese magician, who did some amazing tricks, with Saigon's lit up cityscape as a backdrop.

Finally, we headed off to our favourite restaurant, Quan An Ngon for a wonderfully tasty array of super-fresh street food, on the terrace of a magnificent old colonial villa; before heading back to the ship to see an excellent show on the pool deck by a local dance group.

As ever, Saigon has been exciting, exhilarating, exhausting, energising, and excellent value – what a place!