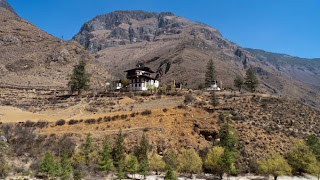 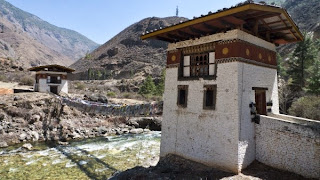 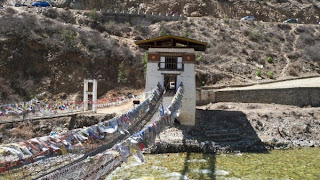 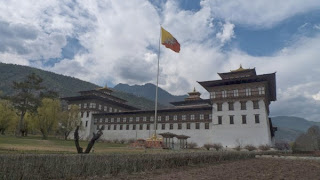 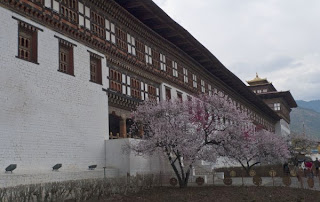 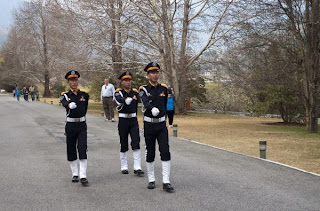 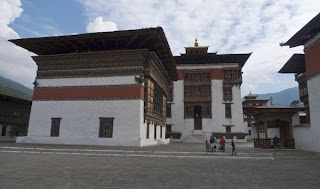 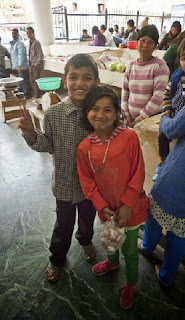 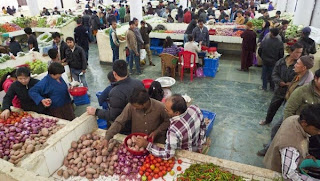 Another day, another flight! But, it was also another day, another place on my bucket list to be ticked off. Because, today I was flying to the mysterious mountain Kingdom of Bhutan, a place which has sensibly attempted to limit tourist numbers by charging high tourist taxes that ensures that they only receive well-heeled travellers (it also ensures that all visitors receive an incredibly warm welcome).

After a 4 hour flight via India, we had our slightly hair-raising approach into Paro Airport, flying down the steep valley, and banking right at the last moment, to reach the runway – a spectacular way to arrive in a truly spectacular country. The weather was much warmer than the forecasts had predicted, but the cool, fresh mountain air was a refreshing change from the hot and humid conditions we'd left behind in Bangkok.

We were met by our guides who drove us on the winding valley road to Thimpu, the capital of this obscure Kingdom – the immediate thing that struck me was how much construction work there was going on in the capital, with numerous building sites worked by mainly Indian workers; although, all buildings have to stay below 5-storeys.

In fact, I had a picture in my mind's eye of Bhutan being a semi-medieval society (up until the 1970s, the country was almost entirely cut off from the outside world, and it only got its first paved road in the 1960s); however, in spite of a refreshing innocence about its people, Bhutan seems to have been gently introduced to the outside world – plenty of cars on the (admittedly pot-holed) roads, and satellite dishes on the sides of the houses.

After settling in at the luxurious Amankora Resort and having lunch, we headed to the massive Thimpu Dzong, an imposing medieval fortress, built centuries ago to protect the valley from the attacks of the Tibetans. Within the tall whitewashed walls of the Dzong, many government buildings are now housed, although it also remains a functioning Buddhist monastery – a sign of the continuing close relationship between religion and the state in Bhutan.

The exotic architecture, painted woodwork, carved dragons decorating the roof, and the fluttering prayer flags gave the complex an extremely evocative atmosphere – almost like it was a film set. From here, we ventured to Thimpu's busy weekend market, where the number of people buying up the fresh food on offer was a testament to the fact that much of this produce is only available at the weekend, at this market. Our guides told us that most of the food is actually imported from India; and, from the number of Indians who appeared to be living and working in the Kingdom, it appears that the Indian influence is getting stronger here. The fact that the predominant foodstuff on sale were great big piles of red chillies, told us that the Bhutanese like their food hot and spicy – something that was confirmed to us with every meal over the next few days.

Already, our first day had shown us that this is a country with a unique atmosphere – enigmatic monasteries, super-friendly locals, stirring mountain scenery, first class hotels, and delicious food. We've got a lot more to see of Bhutan, but I very much like what I've seen so far.