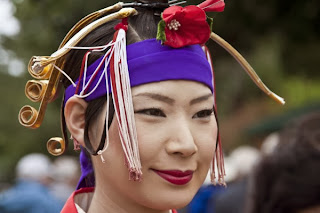 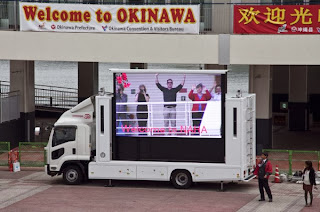 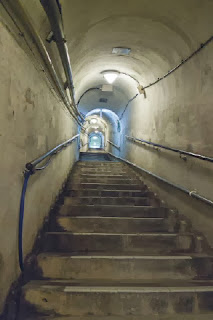 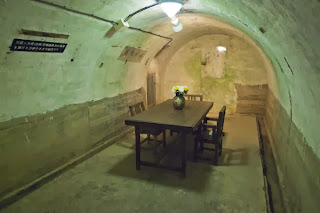 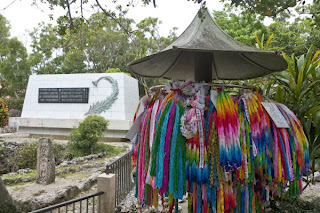 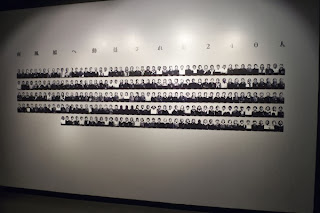 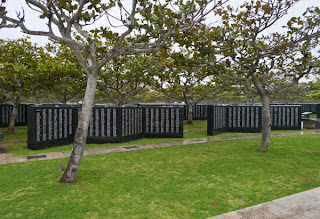 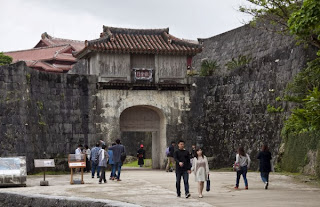 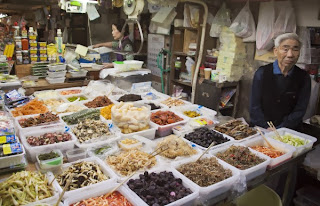 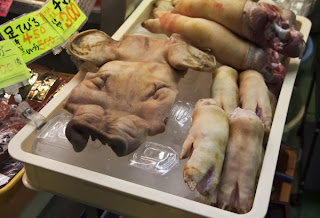 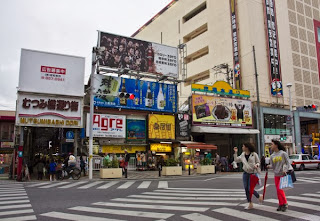 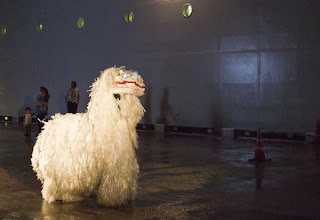 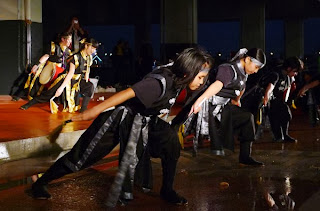 No city looks particularly good on a grey and rainy day, but a modern city like Okinawa's capital, Naha, which was hastily and cheaply re-built after the utter devastation of the Second World War was struggling to charm its rain-soaked visitors. This was a day to go a bit further afield, to find out more about the island's experiences in the war, and to seek out some of the history that had survived the fighting.

The welcome that we got from the friendly islanders was certainly a warm one, as we were greeted by a band playing local music, and a big screen showing close-ups of us onboard the ship looking out at them. Unfortunately, in my haste to get my 5 seconds of fame, I managed to slip over spectacularly on the wet deck as I ran over to get in shot, my feet flying up in front of me like I'd stepped on a super-slidy banana skin. I thought that I'd got away with it, until it turns out that my demise had been captured on the big screen and half the ship had seen me go flying.

Fortunately, no damage was done apart from to my dignity, so (while Tracy joined the tour to the medieval Shuri-Jo castle) I was able to join the tour to discover the relics and memorials to the epic Battle of Okinawa, the only WW2 battle to have taken place on Japanese soil. We first went to the evocative Underground Naval Headquarters, where 4,000 Japanese servicemen were holed up in underground tunnels that withstood the enormous US naval bombardment. In spite of the overwhelming odds against them, the Japanese refused to surrender, and so the US had to flush them out tunnel by tunnel, with grenades, flame-throwers, and bloody hand-to-hand combat. Those that weren't killed in the fighting, ending up committing suicide rather than surrender. There was a spooky feeling as we descended these dank, dark and claustrophobic tunnels, but it was hard to imagine the horrors that they'd witnessed.

But, our next stop really brought the terrible reality of war to life, as we went to the Himeyuri Memorial Museum, which remembered the plight of 200 local schoolgirls aged 15-19 who were forced to quit school and help treat the wounded soldiers in the fighting. The sickening details of what they witnessed, scooping up the blood, guts, and puss of the injured soldiers and taking it out of the cave where many were killed by shrapnel, was stomach-churning. Those that survived that ordeal, were turfed out of the cave as the Americans closed in, and were either sitting targets to the relentless bombing, or ended up committing suicide, believing the propaganda that the Americans would rape and kill them. At the end of the museum were the school portraits of each of the girls taken before the war closed in – innocent, smiling faces, totally unprepared for the horrific fate coming their way. It was an emotional end to an excellent museum, which laid bare the dangers of fanaticism, and the evils of war.

Just when we were feeling fairly sad, the heavens really opened, which I guess was a suitably bleak backdrop to the Peace Memorial Park, where the names of the 200,000 plus people killed in the fighting on Okinawa were listed. It's difficult to imagine the scale of the devastation that tore this island apart in the 2 months of brutal fighting, but over 100,000 of the dead were civilians, caught in the cross-fire in a battle for what's a fairly insignificant island.

So, Naha may not have been looking its best in the miserable weather, but it was a good place to reflect on the events of the war, and also on how much the world has (hopefully) moved on since those dark days.