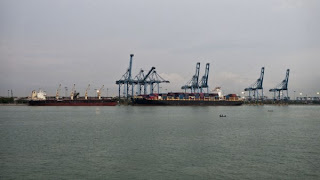 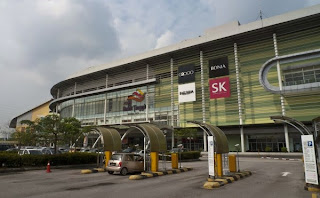 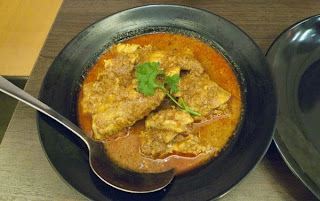 After four flights in 6 days, and three 4.15am starts, I have hit the wall, and couldn't face the hour or so's drive from Port Klang into Kuala Lumpur, so instead we took the ship's shuttle to the largely unremarkable satellite town of Klang.

Whilst there really isn't anything in the way of historical or cultural interest in Klang, it does at least have an attraction for those in need of retail therapy, because we were getting dropped off at a huge shopping mall where Tracy decided I needed to do penance for leaving her while I went to Bhutan.

I must admit that it was less physically taxing climbing up to the Tiger's Nest than walking around a vast shopping mall for 6 hours, but at least it did mean that I was able to get all Tracy's presents for her upcoming birthday (by the end of the day, she'd bought enough shoes to make Imelda Marcos feel restrained).