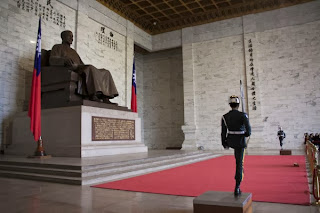 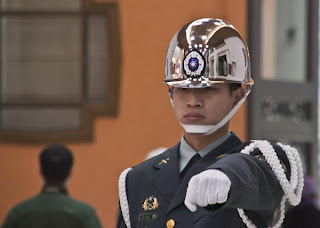 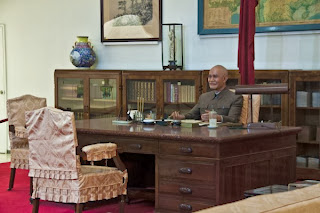 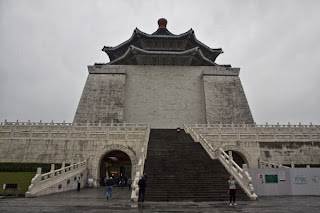 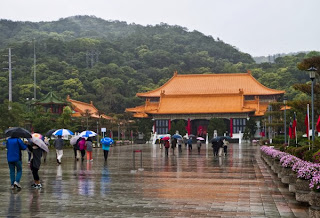 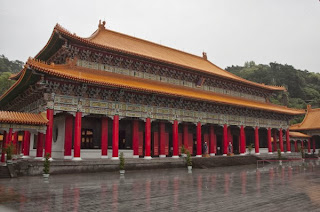 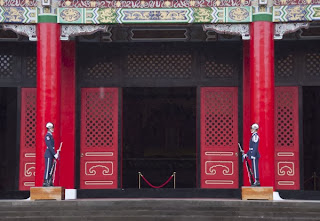 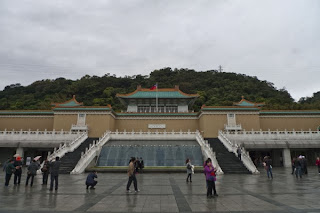 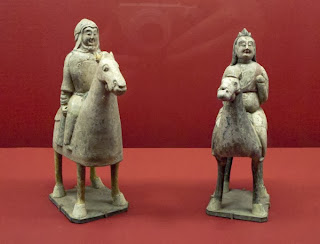 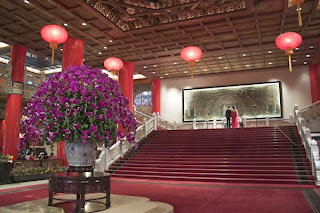 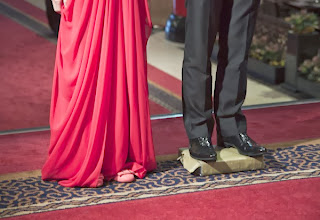 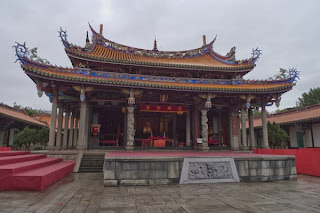 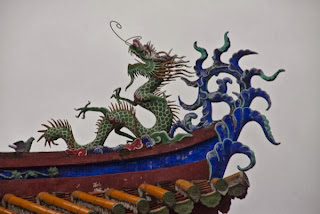 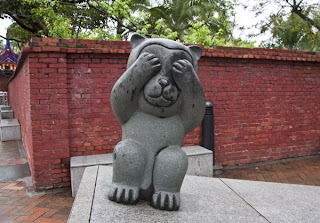 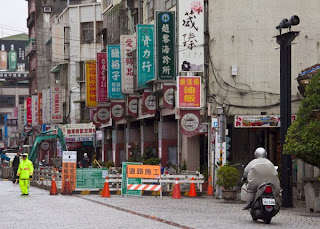 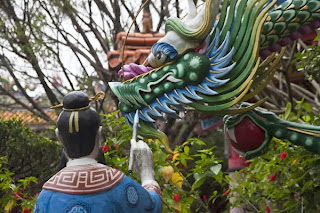 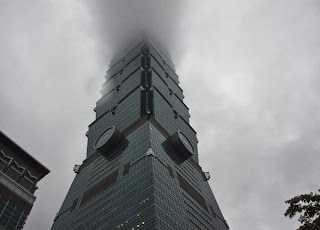 Unfortunately the rain has followed us from Japan to Taiwan, so our day in Taipei was one that was spent umbrella in hand, hopping over puddles, and trying to avoid getting soaked. Fortunately, the weather didn't ruin the day, because the sights in this remarkable city more than compensated for the ugly weather.

From the port in Keelung, we drove the 40 minutes to Taiwan's sprawling capital, and our first stop was at the impressive Chiang Kai-shek Memorial – the memorial to the man who set up modern Taiwan as a separate country when he fled (with 2 million followers) from the Communist take-over of the mainland, to this capitalist island. CKS oversaw Taiwan's amazing economic progress into a manufacturing powerhouse, and he stood down the threats and attacks of Communist China, so he's a hero to many Taiwanese, although his regime's record of human rights abuses and anti-democracy has meant that history maybe judges him a little differently these days.

Nevertheless, the museum painted him out to be close to a saint, while the huge memorial itself seemed to elevate him to cult-like status. We were there to catch the entertaining spectacle of the Changing of the Guard, in which the absurdly grim-faced soldiers marched and saluted in perfectly choreographed slow-motion, and twirled their rifles around perfectly with all the panache of automatons. It's difficult to say whether this odd ceremony made you think positively about CKS, or if it confirmed the less-flattering suspicions about him.

From here, we stopped at the impressive Martyr's Memorial which is another reminder to the Taiwanese people of the struggles to create their country; before heading to Taipei's Number One sight – the National Palace Museum, home to the world's biggest and best collection of Chinese arts, removed from the Imperial Palace of Beijing by the Nationalists, before they abandoned the Mainland. Unfortunately, with the rise of Mainland Chinese tourism, visitor numbers have soared to almost unsustainable levels, which, combined with a rainy day, meant that the palace was packed. Our guide did a good job of getting us to the highlights without being jostled by too many other people, and the amount and quality of the carvings, bronzes, pottery, jade and ivory were almost overwhelming.

After a tasty lunch in the aptly-named Grand Hotel (looking like a Chinese Palace), we just about had enough energy to visit the attractively decorated Confucian Temple and a smoke-filled Taoist Temple, to remind us of the ancient Chinese roots of this young nation. As a huge contrast to this, our final stop was at Taipei's modern centrepiece – the enormous Taipei 101 skyscraper – which at 101 storeys tall was the tallest building in the world for 6 years when it was built in 2004 (it's now slipped down the rankings to number 5 in the world). Sadly, seeing was not believing, because the rain and mist meant that we couldn't see much above the 10th floor from the bottom, and it wasn't really worth going up to the top to see the clouds and not much else. Instead, we had to settle for some retail therapy in the huge mall below it – the high end shops another indication that Taiwan's economy is doing very well.

So, the weather may have been against us; but today confirmed that this is a country that's come a long way in a short time.