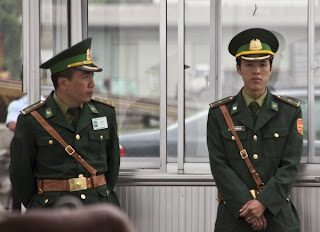 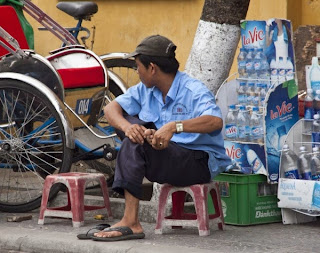 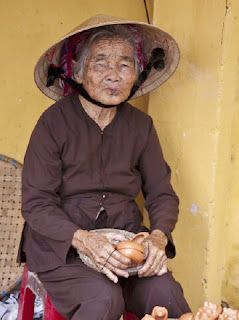 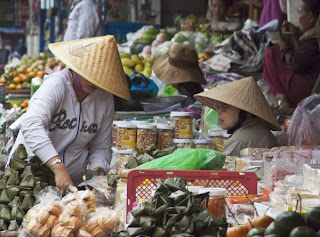 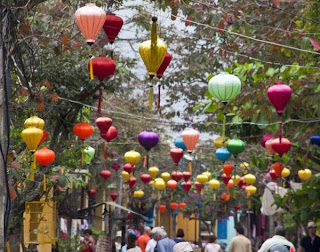 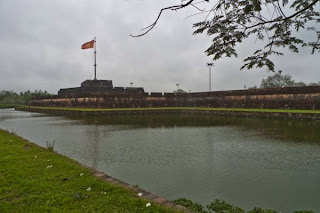 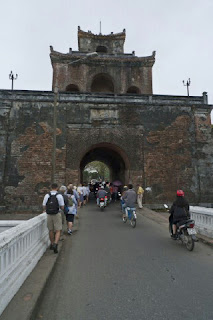 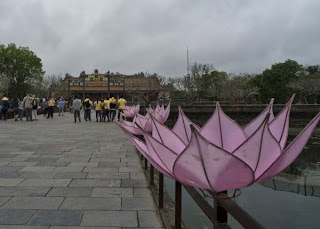 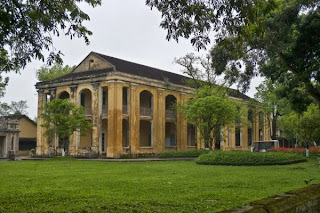 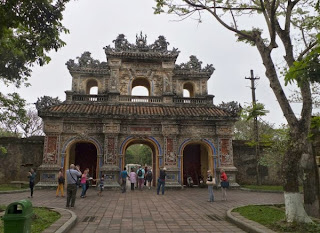 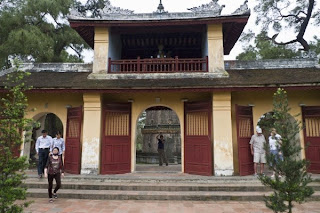 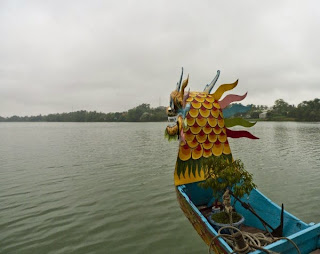 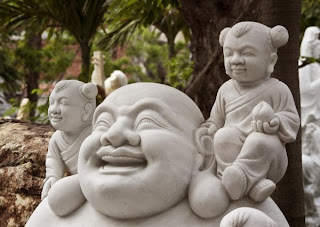 At last the weather has begun to warm up, but the sun is still refusing to come out. Fortunately, a bit of mist and the odd spot of rain only adds to the atmosphere of a historic town like Hue, Vietnam's old Imperial Capital.

From the port in Chan May we drove over the mountain pass to visit one of Vietnam's most charming and historic cities. Unfortunately, Hue saw heavy fighting during the Vietnam war which did terrible damage to its Imperial monuments, but what has survived gives a strong hint of the magnificence of the old city. We went first to the town's centrepiece, the Forbidden Purple City, a huge citadel and walled city modelled on Beijing's Forbidden City, protected by a wide moat. This huge complex was reserved only for the King, his retinue and his hundreds of concubines.

Most of the palaces in the complex were destroyed in the fighting during the Tet Offensive, but the few remaining pavilions and the palace's magnificent throne room show you what an opulent regime this was. The sheer size of the complex, and the enormous cost of its construction and maintenance perhaps give you some insight into how the Communists were able to gain such a strong hold on the populace.

After touring the Forbidden City, we went on an atmospheric boat ride down the Perfume River (named because of the fragrant plants that once perfumed it, but now looking and smelling fairly polluted and less than aromatic).

After a tasty lunch, our tour ended with a visit to the enigmatic mausoleum of the Emperor Minh Mang, surrounded by beautiful landscaped gardens and lakes. If his residence in death was as superb as this, you can only imagine how wonderful his accommodation was in life.

As ever with a day trip to Hue, we were left wanting to see and understand more; but the city gave us a great introduction into the complexities of Vietnamese history.