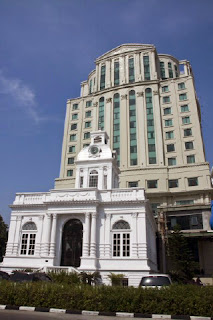 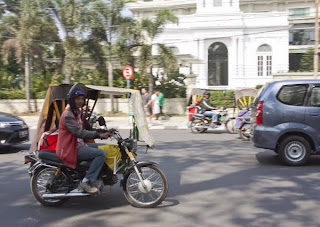 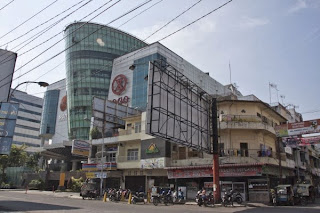 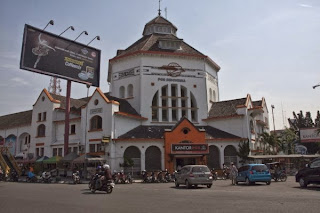 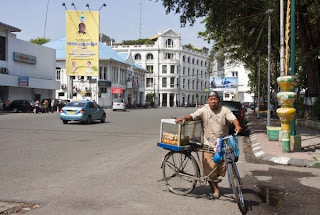 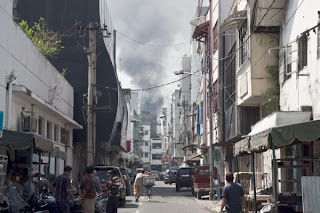 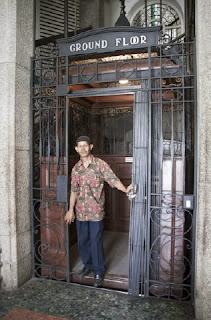 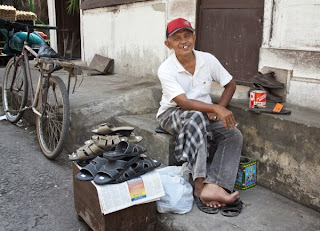 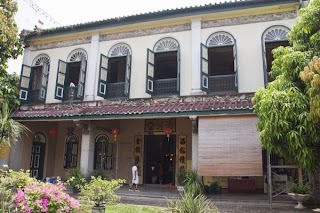 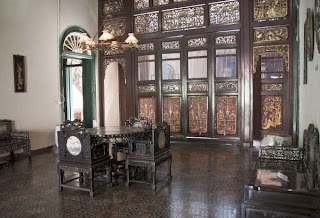 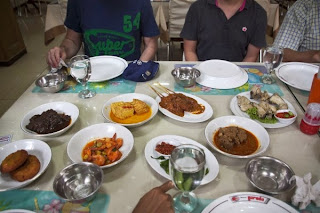 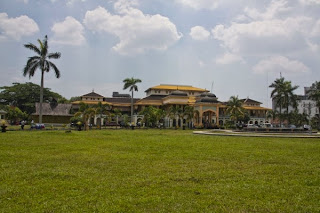 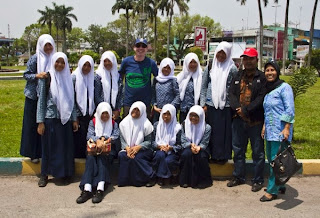 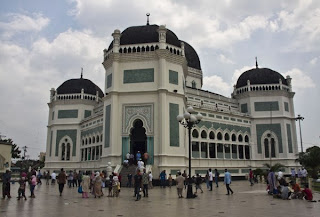 Today we were visiting a place that's not visited very much by cruise ships, nor is it really on the tourist map for that matter – the port of Belawan, in northern Sumatra, Indonesia. Our guide today told us that the Indonesian media had recently voted the town of Belawan as the dirtiest town in Indonesia (which is quite an achievement in a place like Indonesia), so we were glad that we were getting out of there and travelling to the city of Medan (the capital of Sumatra).

To be honest, since the war, Medan's has grown uncontrollably into a chaotic city of 2.5 million people, suffering from terrible traffic problems, a crumbling infrastructure, and much poverty visible out there on the crowded streets, while the tremendously hot and humid conditions don't help to make it an easier place to visit. But, having said all that, it's not a charmless place, and there are a few historic and cultural gems to discover out there in the urban jungle.

Most of the gems date from a period at the start of the 20th century, when this was one of South East Asia's boom towns, as the Dutch colonists started up lucrative tobacco plantations on the region's fertile soil, and plenty of Chinese workers and businessmen flocked to the city to make their fortune. Judging by the collection of those crumbling colonial buildings that have managed to survive the decades since the war, there must have been fortunes to be made here – however, the years of neglect and unsympathetic town planning (if you can believe that there was a "plan" to the city's sprawl), have left them as crumbling relics of a long lost golden age. Our fatalistic guide gave us a few depressing examples of the rampant corruption that have been holding back the development of his city, so I guess that it was against that background that we have to judge the urban appeal of Medan.

Actually, one of the joys of visiting a place like this, is to dig out the old colonial relics, and place them against the context of the city as a whole, sitting next to falling down buildings, or ugly concrete blocks that should be the ones that need to be demolished. We went into Medan's most splendid colonial building, the old Harrison and Crosfield building, that now houses the offices of London Sumatra (a British rubber company), to get a sense of Medan's former colonial splendour, and to see what was the first ever electric lift in Sumatra. Although it's still a functioning office building, when they heard that we'd come from London specially to see it (or so we told them), they were more than happy to give us a ride up to the top of the building, in this cranking old Victorian lift.

We sampled the exotic atmosphere of the Shri Marriammam Temple – a Hindu temple that caters for the significant Indian community who have been present for the last 150 years or so; but the biggest group attracted here were the Chinese, a minority who make up about 5% of the population these days, but continue to dominate the local economy. To find out more, we paid a visit to probably Medan's most interesting building, the Tjong A Fie House, the once-opulent home to Medan's richest businessman at the turn of the century. Like the rest of the city, the building's clearly seen better days, as his family have lost most of his fortune, but its size and the few furnishings left, show you that he must have been pretty wealthy.

After this, we headed for lunch, where our table was loaded up with an unbelievable amount of dishes – at least thirty different plates appeared at once on the table. Apparently, the way they do things here is that you just pick what dishes you like, leave what you don't want, and they only charge you for those you've started. This means that you get served an array of luke-warm food that's probably sat on a few other people's table first, and you just take lucky dip with flavours and potential subsequent stomach problems! As it turned out, it was all pretty good, and no-one suffered any after-effects.

While the city as a whole isn't particularly attractive, its best feature has got to be its people – everywhere we went, people were coming up to say hello to us, and constantly wanted to have their photo taken with us, we felt like celebrities. The giggling schoolgirls at the Royal Palace were desperate to have their photos taken with me (I felt like a giant next to them), while the ladies at the Grand Mosque wanted their photo taken with Tracy (in her red headscarf). With such lovely people, you can only hope that Medan can get its act together and give them a city worthy of them.

All in all, we had a really fun day in a city that you need to make a bit of an effort to enjoy spending time in – I'm glad we made the effort.