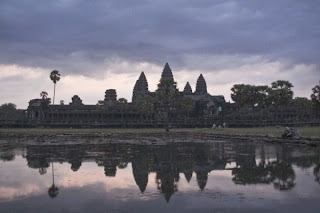 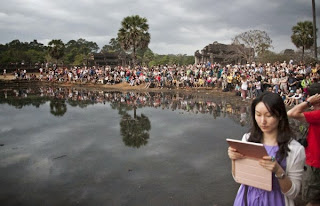 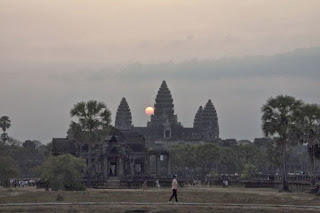 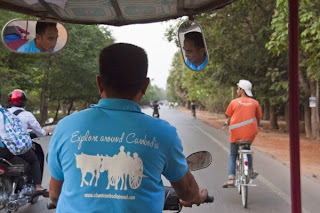 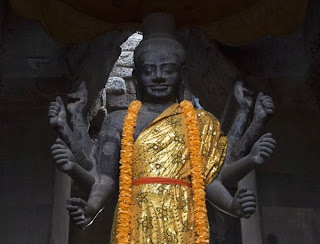 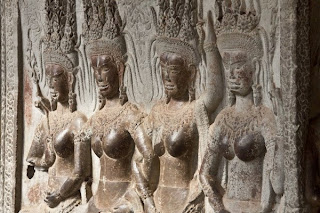 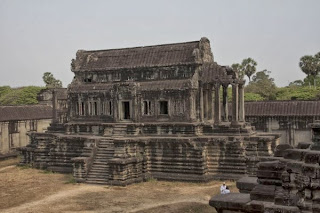 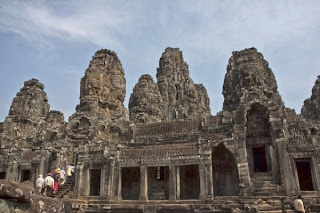 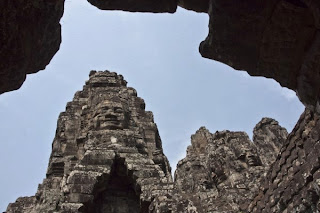 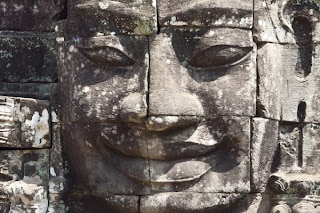 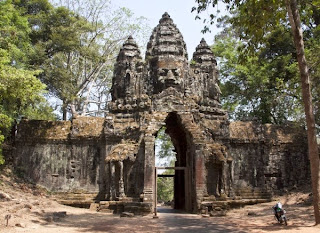 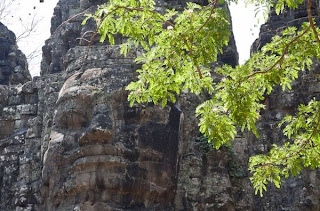 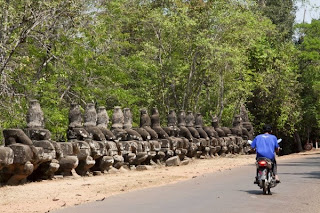 At a groggy 4.30am, we were beginning to question not only our decision to visit Pub Street last night, but also our decision to get up at this ungodly hour to see the sunrise over Angkor Wat. But, we were determined to wring every last drop of sightseeing from this trip.

So, we blearily caught a tuk-tuk to take us through the cool morning air to Angkor Wat, which was looking good even in the half-light of the morning. However, I was a little surprised at the sheer number of fellow tourists who'd gathered to share this experience with us – which meant that once we'd taken up our position in front of the reflecting lake, we had to guard our spot with sharp elbows from late-comers who tried to muscle in front of us.

Sadly, it was cloudy in the morning, which meant that we didn't get the reds and oranges glowing around the silhouetted peaks of the temple, but there was still an ethereal atmosphere as the sun came up and this mysterious temple reflected perfectly in the lake, and eventually we spotted what we'd been waiting for - that hazy red dot appearing above the main tower.

Having now ticked off both the sunset and the sunrise, we returned to the hotel to join the tour that would explore the temples by day time. So, in the space of 15 hours, we paid our third visit to Angkor Wat, where the guide explained the meaning and imagery behind all this amazing architecture and sculpture.

He explained that the city around the temples was the biggest pre-industrial city in the world – covering at least 400 square kms (possibly up to 1,000 square kms); and, that all the secular buildings in the city had been made of wood, and so are long gone, due to the damage of war, and the damage of time – leaving just these amazing stone temple complexes.

For me, the Bayon Temple was the highlight, as we clambered over its terraces, and got to see up close the countless faces carved into the limestone, faces that we'd only managed to see faintly in last night's darkness. I could see many similarities to Gaudi's Sagrada Familia in Barcelona in the stonework, while the craftsmanship of the intricate carving was way ahead of its time.

But, all too soon, our visit was over, and it was time to return to Siem Reap for the flight back to Bangkok. Even if this had been just a brief taster of Angkor Wat's marvels, we'd seen sights that I've always dreamt of seeing, and can't wait to get back to.

PS. On our return to Bangkok, I was staying at the fabulous Peninsula Hotel on the river, prior to another trip of a lifetime, Bhutan for three days. The only downside, was another ridiculously early start – 4.15am tomorrow!