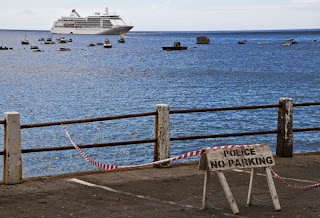 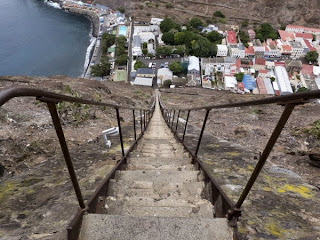 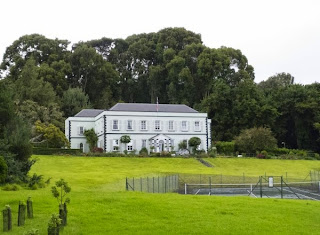 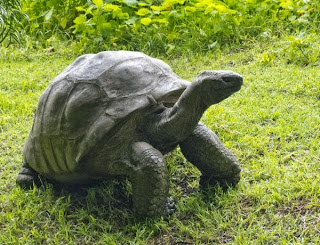 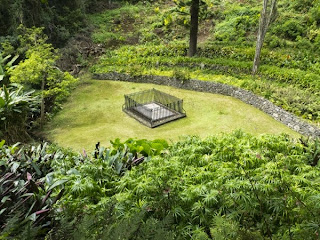 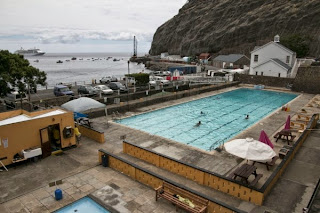 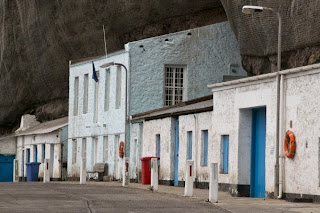 So, at last I was back in the UK, as we visited the tiny British Territory of St Helena. The inhabitants of this remote island live a fairly precarious existence, stuck in a vast expanse of South Atlantic, largely cut off from the outside world.

This isolation is a double edged sword – they're cut off from many of the stresses and strains of modern life (this is one of the few places in the world which doesn't have a mobile phone network), but everything is fairly expensive and they're cut off from many of the conveniences of modern life too. For the time being, the only thing that's really keeping the local economy going, is funding from the UK, to the tune of about £25 million a year in taxpayer's money.

The big hope for the economy, is that Britain has funded the construction of a new £250 million airport on the south of the island, that it is hoped will bring in much-needed tourist revenue, and make living costs cheaper. We went to see the airport, and there's clearly quite a lot of work to do, before it opens next year and regular flights to Johannesburg begin. It remains to be seen whether the island (which has no beaches) has enough attractions to draw in the tourists in sufficient numbers, and it's interesting to note that no hotels have yet been built to handle the expected influx of visitors.

Most of the islanders I spoke to weren't looking forward to the opening of the airport, which they felt would "change things too much". A couple of them questioned whether the British government had ulterior motives in building the airport. Because, with the Argentinean government getting ever more strident in their complaints about the Falklands, maybe an extra airbase in the South Atlantic might be a useful weapon? Especially, if the Americans ever decide that they don't want to let the British use the airbase on Ascension Island (that last bit sounds a bit unlikely, but it is a possibility).

We'll have to see what effect the airport has on St Helena, but for the time being, this remains an utterly charming place of innocent attitudes to life and extreme politeness. Many of the people on my tour were totally surprised by the lush green landscapes that greeted us in the interior – from the sea, St Helena looks a forbidding and barren place, with a ring of steep brown cliffs, but once you're on dry land, it looks like a more hilly version of Cornwall. The steep green valleys were populated by cows and donkeys, and broken up by small villages that looked like they were from 1950s Britain.

Our tour went round most of the main sights on the island, most of them associated with its most famous historical resident – the deposed French Emperor, Napoleon Bonaparte, who was exiled here in 1815, and lived in a state of depression for the next 6 years until his death in 1821. We visited his "prison", the rather grand mansion that is Longwood House, and we visited his grave in a beautiful location in Geranium Valley. Napoleon really hated his time here – beautiful though St Helena is, it can't compete with the Champs Elysee or the Louvre.

On our return to Georgetown, the island's little capital, we stopped for a drink in the pub – as we stopped to contemplate what it must be like to live here. The pace of life is slow, everyone knows everyone, there's not much to do – all those things can be good and bad. I wonder what the next decade will bring to the island – hopefully prosperity without too much change to these simple ways of life.