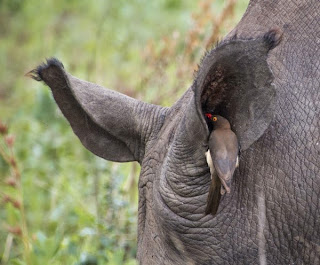 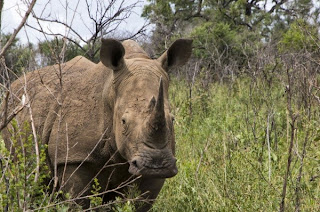 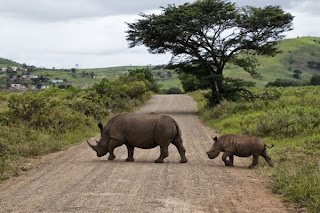 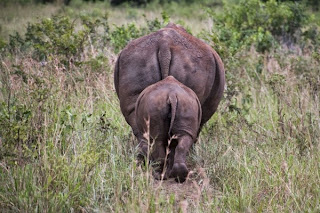 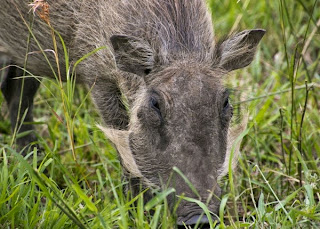 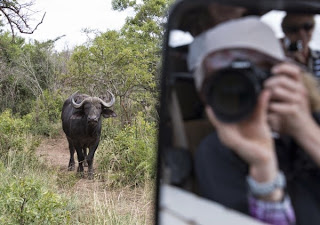 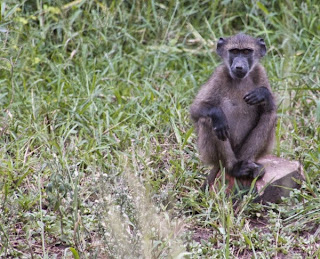 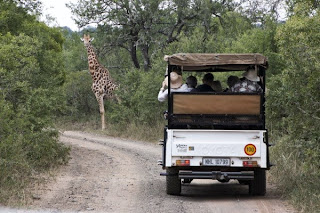 The wonderful Hluhluwe-Umfolozi National Park bills itself as the best place in the world to see rhinos, and today confirmed why. There was such an unbelievable concentration of white rhinos in the park, that it felt like we were coming across them every ten minutes. On a whole day in Ngorongoro we only saw one dark speck in the distance which purported to be a rhino, but here they were regularly crossing the road right in front of our jeep, close enough to smell, and also to witness their many bodily functions.

Getting to see these magnificent armour-plated creatures lumbering by so closely to our jeep, only made it seem more disgraceful how many of them are brutally slaughtered every year for their horns. Apparently, last year, over 1,300 were killed in South Africa by poachers, and 300 have already been killed this year – as a result, the white rhino is approaching extinction.

However, the rhino preservation programme is going so well at Hluhluwe that its rhinos are being exported to game parks around Africa to help the survival of the species, and there are about 2,000 of them living here in the park.

In addition to the rhinos, we only saw one other of the Big Five – the buffalo, which was present in great numbers. Other jeeps also saw elephants and lions, but we weren't lucky on this occasion. However, we did get close to seeing a lion, because we saw the half-eaten carcass of a huge buffalo that had been taken down that morning. Unfortunately, the lions had gorged themselves so much, that they were too busy sleeping off their breakfast to come to see us.

As ever, the landscapes were magnificent, rolling green hills of grassland, dense jungle and gurgling streams – populated by a wide variety of impala, nyala, giraffes, zebras, warthogs, wildebeest, and many other exotic animals. In the distance, standing silhouetted on a hill, we even got to see the incredibly rare black rhino – my first ever sighting of one.

By the end of the day we were even getting blasé about rhino sightings – what a great thing that is to say. Let's hope that the work of the evil poachers can be killed off, and that this wonderful animal can survive for future generations to admire as much as we did.