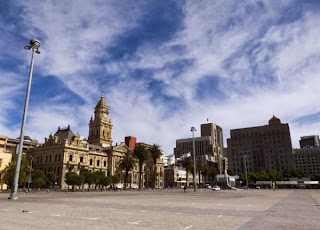 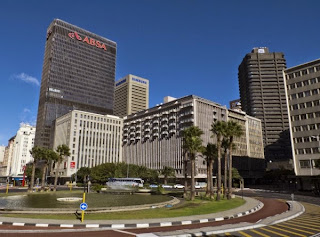 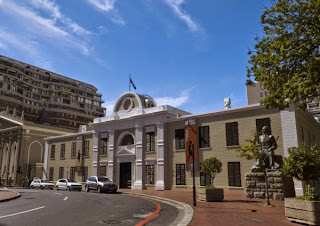 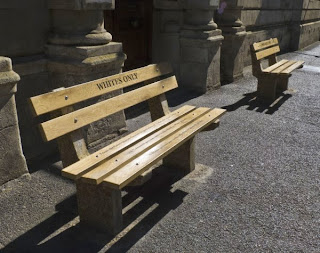 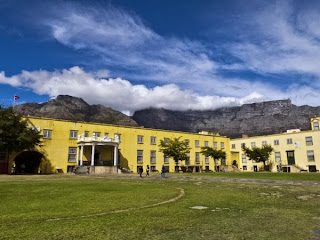 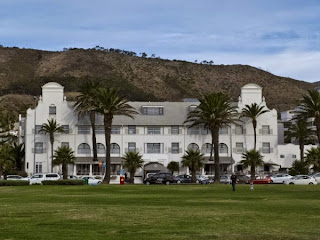 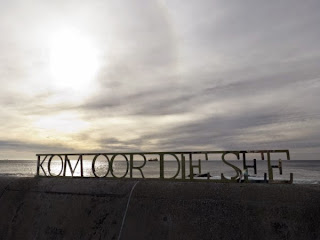 Whenever we've been to Cape Town, we've always done at least one day on its excellent Hop-on Hop-off buses – they're really cheap (scarcely more expensive than getting a couple of taxis), and a great way (and a safe way) to get around. Plus, as it was Easter Sunday, not too many of the museums or city centre shops were open, so it was a good way to get the most out of our day here.

So, from the V&A, we caught the bus into Downtown and did a bit of a walking tour around some of its most historic sights. We spent some time in the Company Gardens – the place where the Dutch East India Company first planted their vegetable gardens to supply their ships on the way to the East. The gardens are now a lovely city centre park, and they were busy with lots of families enjoying an Easter Egg hunt. We stopped off for a coffee in the trendy cafe in the centre of the gardens – it had a very European atmosphere and a fairly upmarket clientele. It felt like we were in "yummy mummy" atmosphere of Kensington or Clapham back home. I'm not sure if central Cape Town is always this relaxed and family-oriented, but this was the most chilled out and friendly that I've ever experienced it.

Next, we walked past the extravagant City Hall (the place where Nelson Mandela made his historic speech to 200,000 people on his release from prison), and headed over to the impressive Castle of Good Hope – the sturdy castle built by the Dutch back in the 17th century to protect their valuable possession on the Cape. Inside its solid fortifications, there was lots of history to discover, and some great views across the city from its walls. It was strange to think that the castle once guarded the waterfront, but was now around a kilometre back from the sea, as landfill has extended Cape Town into the sea.

It was time to hop back onto the bus, to take us to Camps Bay for lunch, but first it took us up to the cable station at the foot of Table Mountain. Fortunately we didn't have any plans to catch the cable car, because strong winds meant that it was shut; but the views across the sprawling city in front of us were pretty good anyway.

So, it was Camps Bay for lunch – for me, the most "liveable" part of Cape Town. When you have as beautiful a beach as this, a line of trendy restaurants facing onto it, with a stunning backdrop of the Twelve Apostles behind it, it's a winning combination. We had a delicious lunch, soaking up the relaxed atmosphere – it felt like a combination of South Beach in Miami, Brighton in England, and the best of South Africa. My only worry was that it was still almost pre-dominantly whites only (apart from most of the people working there) – 20 years on from the end of apartheid, it still seems that the races still socialise separately. Even if the falling value of the rand made the prices seem pretty cheap to me, I'm sure that the prices would have been beyond the majority of the Capetonians. However, it was a great place for a relaxing afternoon.

After the bus for a couple more stops, we decided to walk along the lovely beachfront promenade down to Green Point – this was much more multi-cultural, and again had a really good vibe to it.

Our day in Cape Town has once-again proved to us that this magnificent city has all the ingredients to make this one of the most liveable cities in the world – it has plenty of problems to overcome along the way, but it seems to be heading in the right direction.