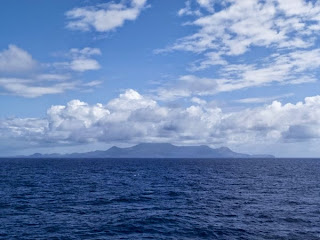 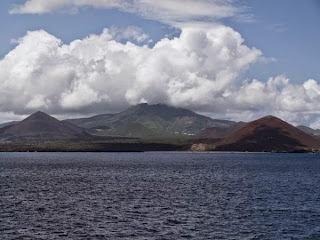 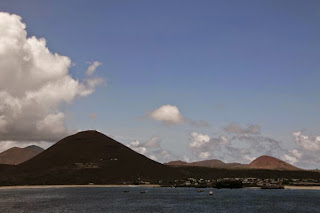 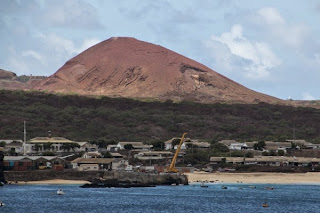 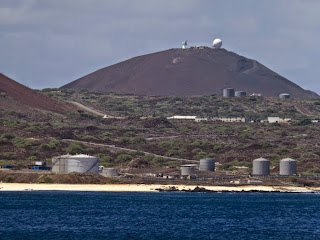 Ascension Island is a strange place. As you approach it from the sea, it appears to have nothing going for it – it's a largely barren piece of volcanic rock, and it's pretty much in the middle of nowhere (760 miles from St Helena, the nearest piece of land, and over 1,000 miles from the nearest continent). But, as you get closer, you can make out various transmitters, satellite stations, and the apparatus of the US Airforce Base that has turned this tiny island into an incredibly important strategic spot.

Plus, because of its extreme isolation, and because human settlement is limited by the military, there's a fascinating ecological dimension to one of the most untouched places on the planet.

However, sadly we weren't going to see much of this today, because the waves were too high for the tender to operate safely – something which happens regularly in Ascension. Having put a fair amount of effort into giving a lecture on the island, and giving a narration from the bridge as we sailed in, this was particularly annoying for me, but Ascension is not somewhere that I'd have liked to be stranded, so the Captain made the right choice.

Instead, we had to settle for our views of the island from the sea, and in meeting a delegation from the island's conservation team who gave us a presentation on their work on Ascension, and sold a few Ascension souvenirs.

I guess that it was appropriate that we saw nothing on the island that's "on the way to nowhere".