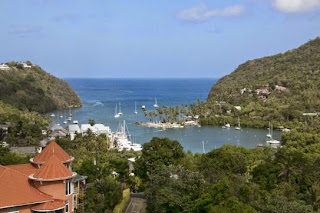 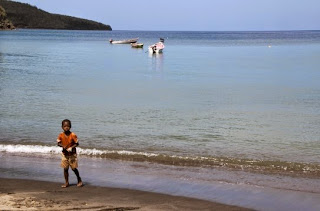 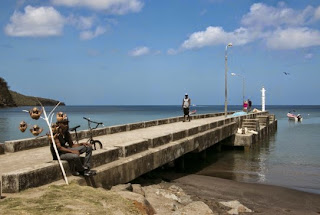 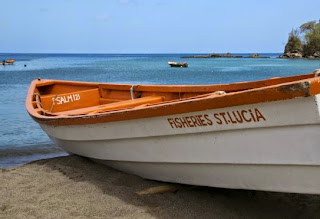 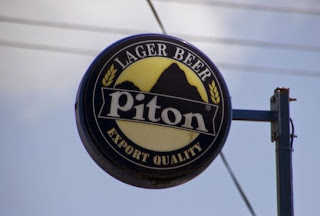 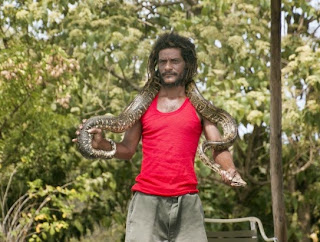 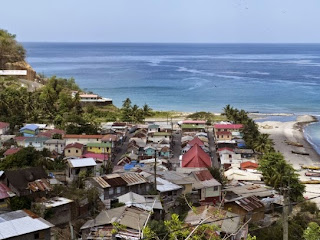 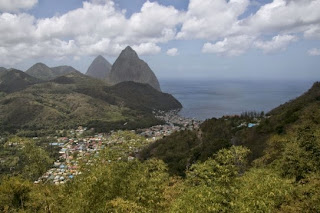 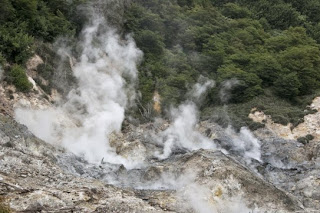 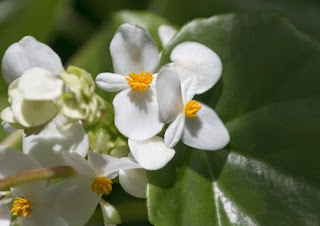 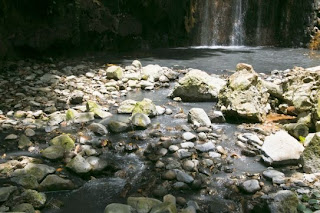 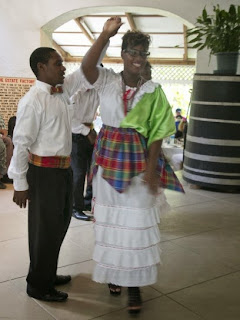 St Lucia is often touted as the most attractive island in the Caribbean, and our trip today did nothing to dispel that impression. We saw some of the most spectacular scenery in the West Indies, from beaches, to rainforests, to volcanoes, plus of course, the magnificent Pitons – twin pyramidal volcanic plugs sticking straight out of the water, like something from a fantasy film.

This feast for the eyes was provided for us on a surprise Silversea World Cruise Experience, which took all the World Cruisers down to Soufriere in the south of the island. As it was a Sunday, there wasn't much going on in sleepy Castries anyway, so this was a perfect opportunity to show us what the island does best – incredible natural beauty.

We took the winding roads (and I mean winding) around the mountainous interior of the island, passing lush forests, banana plantations and little villages scarcely touched by tourism. We stopped off at the ramshackle, but picturesque fishing village of Anse La Raye, which had something of the run-down and chaotic character of an African village. What the people who live in these basic shacks think of a tourist industry where the guests are pampered away in absolute luxury for hundreds (and often thousands) of dollars a night, is hard to imagine. It certainly doesn't seem like much money has filtered down to the ordinary people in those villages.

We then made it to St Lucia's second city, Soufriere, in the shadow of those looming green Pitons, and went up to what bills itself as "The World's Only Drive-in Volcano". If that conjures up images of driving into a massive bubbling crater of molten lava flows, then that's slightly misleading; but, what we did see was a steaming, bubbling morass of volcanic mud pools, similar to what you see in Rotorua in New Zealand, or in Iceland. It was definitely the most stinky volcanic park I've been to – foul-smelling sulphurous odours worse than the dorm room of any rugby team after a big night out.

We then visited a beautiful botanic garden which was a wonderful showpiece for the fertile soils of the island, before it was time for the main event – lunch at an old sugar mill, powered by a still-functioning water wheel. On a steamingly hot day, the cold beers have never tasted better, while the surroundings of the old mill house provided an evocative location for the whole event, as we were serenaded by the basic rhythms of a local chak-chak band. Lunch was lovely, as we were then treated to a more tuneful rendition of Creole music and dancing by an elegant dance troupe swaying gracefully to the gentle melodies.

As the World Cruise winds down, this was a great way to keep the excitement levels going – another great day.