April 8th – Exploring The Ghosts of the German Empire from Luderitz 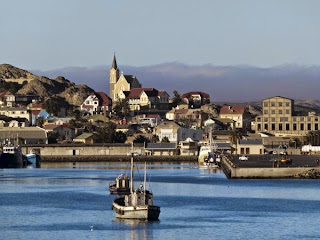 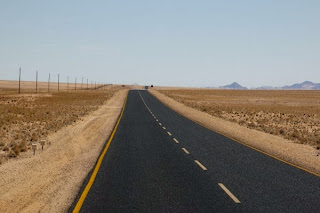 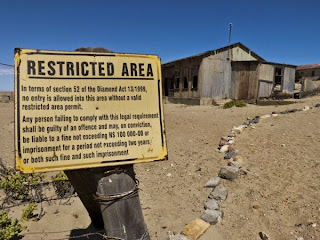 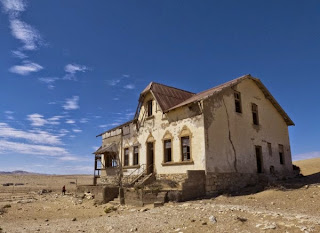 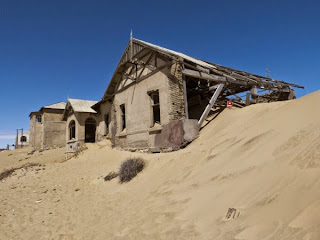 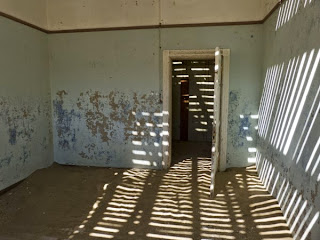 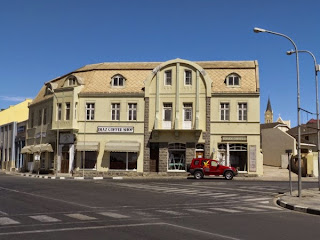 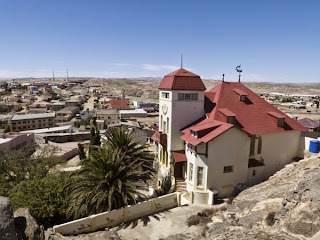 As we walked down the decaying main street of what was once one of the richest boom towns in Africa, its crumbling buildings slowly being consumed by the desert, it felt like we'd entered a film set of the Wild West. Wallpaper fluttered in the breeze, doors hung off their hinges and huge piles of sand crept in through glass-less windows. It was hard to believe that this spooky little settlement in the barren desert had once been an opulent boom town that produced 20% of all the world's diamonds, but now was forlornly succumbing to Mother Nature.

We were visiting the ghost town of Kolmanskop, about a 15-minute drive into the desert from the port of Luderitz – one of the most evocative reminders of the brief German Empire in South West Africa, and a reminder of the time when enormous fortunes were suddenly made out in the barren desert when vast quantities of diamonds were discovered just lying in the sands.

When diamonds were discovered in 1908, people flocked to Kolmanskop to make their fortune and a town quickly sprung up from the sand, a town whose luxury was out of all proportion to its location. Water had to be shipped in at enormous cost all the way from Cape Town, yet we were able to visit the ice-making plant using the latest in early 20th century technology, to help keep the town cool. Life out in the burning desert must have been pretty comfortable – the houses were fitted out with all the latest mod cons of the times, while we visited the bowling alley, the theatre, champagne bar, cigar room, butchers and bakers, and even an enormous open-air swimming pool.

But, what makes Kolmanskop so remarkable is that the town curled up and died almost as quickly as it sprung up, as a bigger supply of diamonds was found elsewhere. So, by the 1930s, the town was pretty much abandoned, and its once-grand houses and buildings were left to be taken over by the desert. We could explore its ghostly houses, entering into its rooms enigmatically taken over by great drifts of sand that had forced their way in through the windows, as we tried to imagine what life was like out here in the desert.

There weren't many people around, so it was a slightly spooky feeling walking around these abandoned houses, all noise deadened by the sand apart from the occasional squeaky floorboard or rush of wind from the desert. Some of the houses were so taken over by the sand that you had to stoop to get through the internal doors, while climbing the stairs, you felt like the floor could give way at any point. If I were going to write a post-apocalyptic zombie movie, this would be a pretty good set for it.

If any place can be described as desert-ed, then this is it. This was one of the most evocative set of ruins that I've ever visited – maybe because it was just so recent that the town died, but you could almost hear the conversations of it inhabitants.

So, after our fascinating visit here, we returned to Luderitz – a town that also did pretty well from the diamond boom (as the array of grand early 20th century German buildings attested), but which didn't go into quite as terminal a decline as Kolmanskop. The colourful set of old German buildings all seemed at odds with the bleak surroundings of cold seas and bleak sands, but at least there was some life out on the streets.

Namibia is normally a place that's all about nature (not surprising in the second most unpopulated country in the world), but today was proof that this young country has a fascinating history.