August 10th – Getting to Know Peter the Great 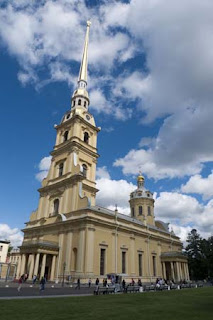 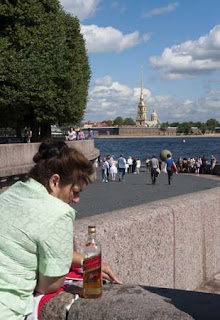 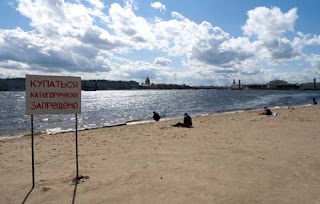 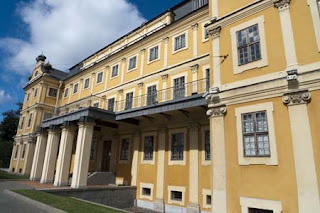 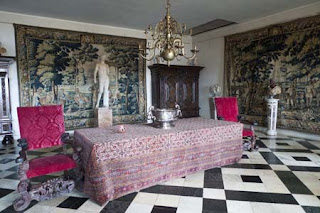 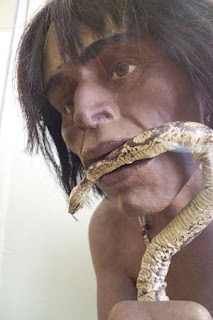 Today we decided to visit Vasilevsky Island, opposite where we're docked. This was one of the earliest parts of St Petersburg to be built, so here you get one of the strongest feels for the life and times of Peter the Great.

We first went to the Menshikov Palace, home to Alexander Menshikov, Peter the Great's best friend and most trusted lieutenant, who built an impressive baroque palace for himself that was far grander than any of Peter's residences in the city. Menshikov's father was just the man in charge of Peter's horses, but somehow the son maneuvered himself into becoming the richest man in Russia (plenty of parallels with the get-rich-quick stories Russia's new super-rich these days), and he didn't spare himself any of the luxuries.

Although he eventually came a-cropper once Peter had died (he was eventually exiled to Siberia), Peter was happy to see his friend do well – he often used Menshikov's opulent palace as a place for his own festivities. One of the most famous parties held in the Menshikov Palace was the "Dwarf's Wedding", which featured the union of 2 dwarves and was attended by plenty of people of restricted growth, purely for the bizarre entertainment of Peter the Great, who was 6 feet 6" tall.

Next we went to see the most odd legacy of Peter, the Kunstkammer, St Petersburg's first ever museum. Peter had travelled around Western Europe and fancied himself as something of a scientist, so he decided that his new city should have a new museum, to educate and westernise his people. The people weren't so convinced, but they were enticed here by the promise of free vodka – sadly, there's no free vodka these days, but the slightly creaking museum is busy with local visitors (although scarcely a foreigner in sight).

Downstairs is a fairly standard, but interesting enough, ethnological museum. But upstairs is where Peter's favourite exhibits are – pretty much a chamber of curiosities and freaks, collected by Peter in the name of science. We saw the skeleton of Peter's favourite man-servant who was 7 feet 5" tall, the stuffed body of a double-headed calf, and an unsettling collection of deformed babies, pickled in jars like something out of a horror film.
These so-called "monsters", featured conjoined twins, "cyclopses", multi-limbed babies amongst many other horrors. To be fair to Peter, his idea was to show the people that these deformities could be explained away scientifically, rather than be put down to witchcraft or the work of the devil. Tracy couldn't really stand it, and even someone as brave as me felt pretty uncomfortable at these ghoulish sights.

This rather put us off the idea of having lunch, so we walked around the island, to the imposing Peter and Paul Fortress. This was where St Petersburg started – it's massive 18-meter thick stone walls a sign that this was disputed territory back then, having been won off the Swedes at the start of the 18th century.

After exploring the fort, we returned to the ship with aching feet yet again; on our way, passing numerous wedding parties posing for photos and drinking Russian "champagne" out of plastic cups, squeezed into impossibly tight nylon dresses. Modern St Petersburg might not have the opulence of Peter's time, but it never fails to impress.