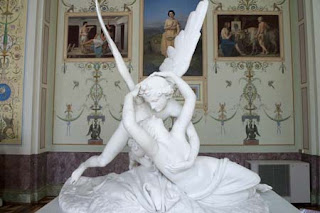 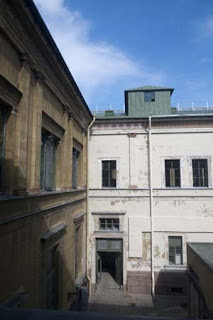 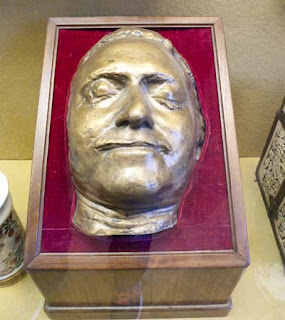 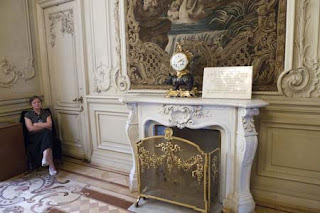 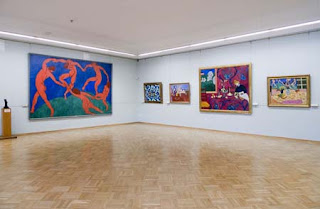 Today we joined an organised tour of the Hermitage, so that we could get early access to its treasures before the masses (tours get in at 9.30am, while the plebs get in at 10.30am). Once we were in, the plan was to rush up to the third floor to see the wonderful collection of Impressionist masters. Unfortunately, the Hermitage only wakes up slowly, and you're only allowed in certain bits of it, before 10.30am. This meant that we were dodging round corners and darting down deserted corridors to get away from the fearsome room attendants who like nothing more than to tell off tourists.

As we sneaked around, we got busted a couple of times, but we eventually made it to the Impressionists as they were opened up – and what an excellent collection they have. Much of it had been bought directly off the artists by Russia's super-rich aristocracy before the revolution, and then appropriated from their grand palaces by the new Communist government. So, room after room is filled with glorious Renoirs, Monets, Manets, Cezannes and Degas, in the best assembly of impressionist art outside of Paris.

We then moved to the modern art section, filled with Picassos and Matisses (and many others), much of it produced after the Revolution, so I'm not sure how it would have ended up in the hands of the Hermitage. Finally, we moved onto the opulent state rooms of the Winter Palace – quite what the peasants and working classes must have felt after seeing all this extravagance and conspicuous consumption when they stormed the Winter Palace in 1917, it's difficult to fathom.

The Hermitage supposedly has 15 miles of corridors, and it was beginning to feel like we'd walked every single step of them. They say that it would take you 7 years, working 8 hours a day to see every exhibit in the Hermitage, but over the last couple of weeks we've given it a good go. I'm almost at the point where I think I could actually find my way around this huge labyrinth of art without a map.