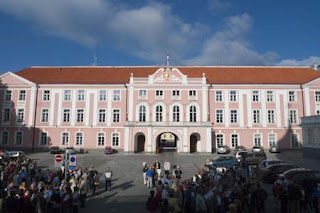 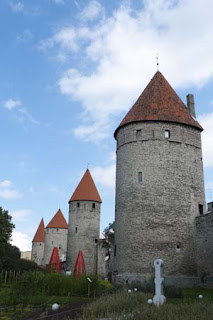 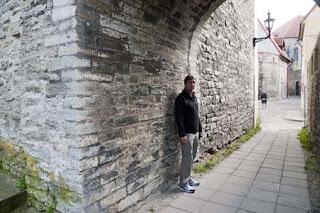 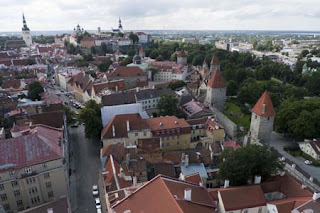 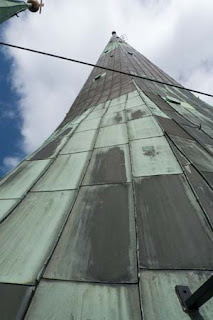 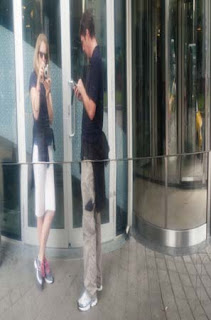 Just a low-key day in Tallinn – doing a walking tour, while Tracy did the cycling tour I did last week.

We did experience a strange meteorological phenomenon called the sun, which gave the town a much more vibrant air than the grey skies of St Petersburg, and the slightly claustrophobic atmosphere on the Russian streets.

After our tours, we met up to walk around the medieval walls and to climb up the tall steeple of St Olaf's church which was once the tallest builing in Europe when it was built in the 12th century - a sure sign of how important Tallinn was back then. It was still the tallest steeple in the world until the 19th century; and even though fires from frequent lightning strikes since then have reduced its height by about 50 metres, it's still quite a scary prospect when you emerge out at the top. As vertigo threatened to strike, we shuffled nervously around the top, and then fled back down to sea level as quickly as we could.

Estonia was about to celebrate the 20th anniversary of its freedom from Russian rule, and the place just seems so optimistic and lively – one of Europe's success stories.