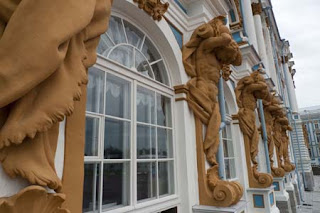 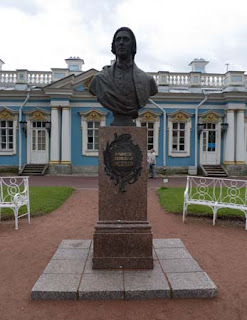 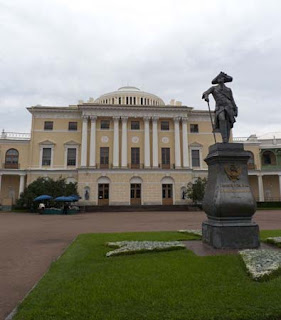 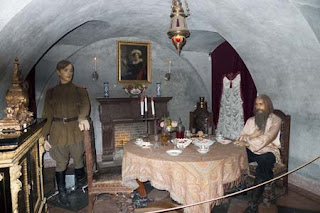 St Petersburg is famous for the fabulously opulent palaces of the Romanov dynasty; but some of the palaces of the super-rich aristocracy were almost as over-the-top in their extravagant decorations.

We went first to the grand Vladimir Palace, located on the Neva embankment just a couple of doors down from the Winter Palace – a prime address in Imperial St Petersburg. The Palace was home to Grand Duke Vladimir, the brother of Alexander III, who became a key power broker in 19th century Russia, so we were greeted by a series of sumptuous staircases and reception rooms, with an enormous Gothic-style dining room.

What made the visit here so good was that the palace wasn't looted or damaged in the revolution, because it was immediately converted into a Scientists' Club under the Communists – the Scientists were cultured and educated people, so it was very well looked after and the original furnishings remained. And, because it's still a private club, it isn't open to the general public, and visits have to be arranged weeks ahead, which meant that we had this fabulous palace all to ourselves.

The same wasn't true of the equally grand Yusupov Palace, which had been emptied after the revolution, and was now full of tour groups. However, the sumptuously decorated halls of the enormous palace still glittered with gold and marble, which proudly declared that the Yusupovs were the richest family in pre-revolution Russia – richer than the Romanovs even.

Aside from all the impressive architecture and decoration, the Palace is most interesting because it's so closely connected to the incredible story of the murder of Rasputin, the "Mad Monk" who had enraged the aristocracy with his close hold on the Romanov Family. The Yusupov son, Felix, got a group of friends together to bump off Rasputin, so they lured him to the Palace late one night, with the promise of fine wine. In addition to the wine, they fed him copious amounts of biscuits heavily laced with poison. However, even this didn't seem to have an effect, so they shot him a number of times, but miraculously still Rasputin kept coming back at them, like something from a bad horror film.

Eventually, they shot him some more and tied him up and threw his body into the frozen Neva River, where his body came to light 3 days later. Incredibly, when the body was examined, water was found in his lungs, which proved that somehow he was still alive when he was chucked into the River.

Every building in St Petersburg has a story.