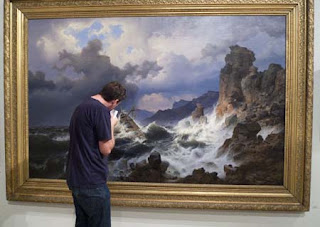 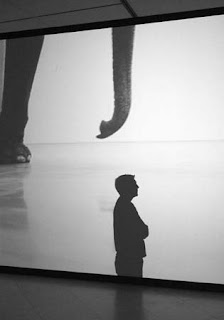 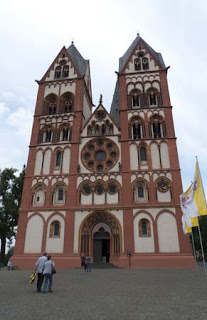 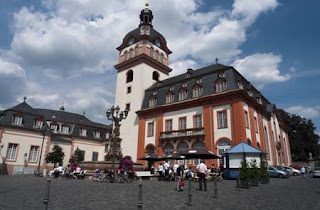 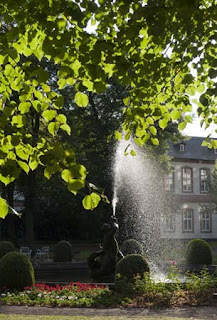 After 2 months away, we are finally going to spend a few nights in a house,
staying with our super-hospitable German friends Berndt and Gisella, just outside Frankfurt. As ever, they made us feel incredibly welcome and treated us to a few home comforts.

You might imagine that a modern financial centre, dominated by towering skyscrapers and gleaming shopping malls like Frankfurt, might be something of a cultural wasteland; but, in fact the home of the European Central Bank, is also full of excellent galleries and museums to explore.

We went to the Fine Arts Museum, which was being refurbished, although they had their best works on show in a side gallery. There was some excellent stuff, which was all shown in chronological order, so it was interesting to see the development of styles and techniques. The highlight was being interviewed by the
local TV about a painting that the museum was due to lose to another gallery.
Fortunately, Tracy had just read a bit about the painting in her studies, so she could sound intelligent while I nodded sagely in the background. Unfortunately, in spite of our amazing display of wisdom, we were left on the cutting room floor, and never made it to Frankfurt superstardom.

The next day, we went back into Frankfurt to visit its wonderful modern art museum. I must admit that I didn't "get" quite a lot of the art, but there were some incredibly inventive pieces on display that at least challenged you to think a bit more about them. Tracy and Gisella's stamina was a lot better than mine, and after a couple of hours in this sensory overload, I wilted while they soaked up the culture.

However, Gisella was able to give me some more energy by the promise of some of Frankfurt's apfelwein – basically sweet and cloudy cider, that tasted good to me, and tasted even better to the hundreds of wasps who were hanging round the
biergarten hassling the punters.

The next day we did a driving tour round some of the historic sights and towns outside of Frankfurt – it's definitely a beautiful part of the world, prosperous and well organised.

We had a lovely time in Frankfurt.