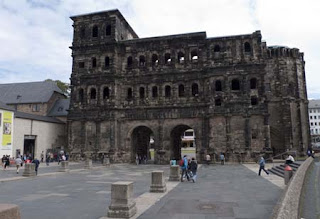 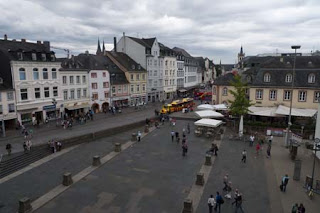 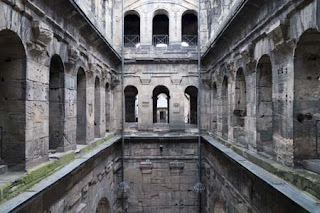 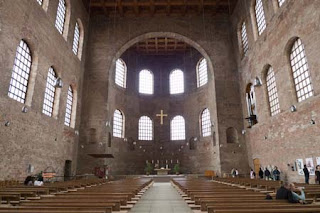 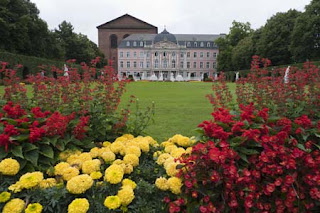 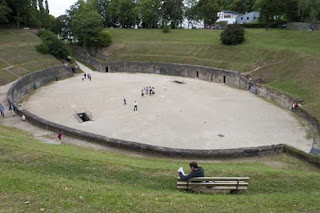 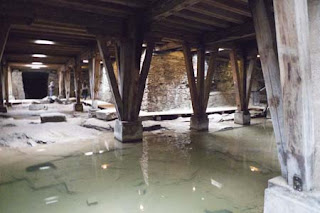 We moved from Frankfurt across to the Mosel, but unfortunately the rain decided to follow us. In between showers, we ventured into the historic centre to find that the school holidays had well and truly started – after so many towns where it almost felt like we were the only tourists, it was a shock to be back in the tourist melee.

But, it's not difficult to see why so many people are attracted here when you see the town's incredible historic highlight – the fantastically well-preserved Roman Gate, the triple-storey Porta Nigra. You get the impression that if the gateway to the town could be as impressive as this, then the town must have been pretty special. And special it was, because in the 4th century AD, the Emperor Constantine decided that Trier should be the capital of the Western part of the Roman Empire (Rome itself had become too dangerous).

Along with the Porta Nigra, there was a heavily restored Basilica throne room (an enormous open space unsupported by columns), and the remains of a huge amphitheatre that would have seated 20,000 people back in Roman times. It's quite surprising to find such an amazing array of Roman remains North of the Alps and so far from Rome.