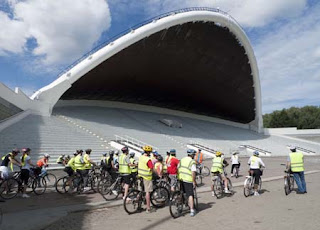 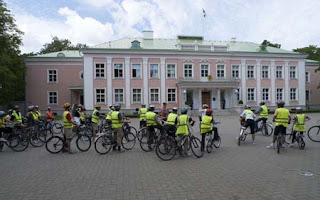 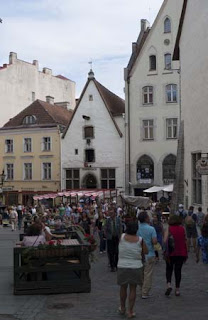 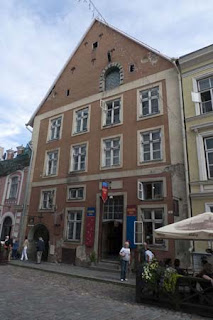 On a bright and sunny day, I joined an excellent tour cycling tour in and around Estonia's atmospheric medieval capital. It seemed like a few of my fellow cyclists hadn't been on a bike in a few years, but we wobbled around without any mishaps.

All our stops gave us different insights into Tallinn's cosmopolitan and complicated history. We cycled around the port, passing various alcohol warehouses selling cheap(er) booze to the thirsty Finns who come here in their thousands each day on booze cruises, which is a reminder that Tallinn has been an important trading port for about the last 1,000 years or so, and thankfully continues to be.

Then we cycled up to the grand Kadriorg Palace built by the Russian Tsar Peter the Great in a park outside the city – a reminder that Tallinn languished under Russian, then Soviet, rule for about 300 years, right up until 1991.

Our next stop was at the Song Grounds, where 400,000 people (one third of the country's population) gathered in 1989 to sing their national songs and demand that the Soviets leave their country and finally grant them freedom – amazing that centuries of Russian domination would eventually crumble away through the power of song.

We then cycled along the seafront (some insane people were bathing merrily in the icy Baltic), and passed through the imposing city gates into this walled city. If you ignored the crowds of tourists, Tallinn almost has the feel that it's in a timewarp, even down to the cobbles on the streets which make this something of a bumpy ride for the intrepid cyclist.

We clattered and bounced our way up to the Old Town Square which has changed little since medieval times (apart from the touristy restaurants and bars that now fill its historic buildings); and we did a little exploring before heading back to the ship.

A great way to get a new perspective on a lovely city.