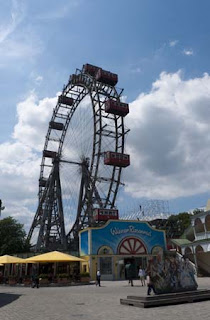 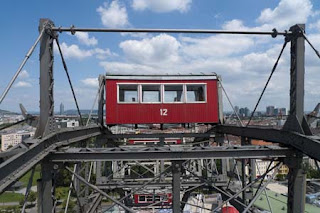 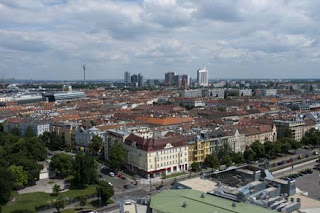 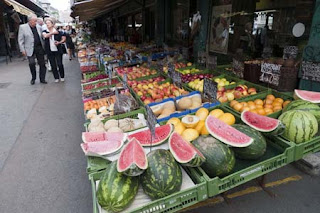 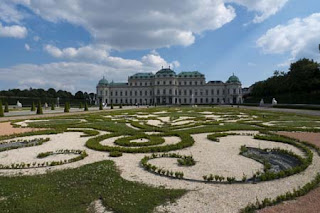 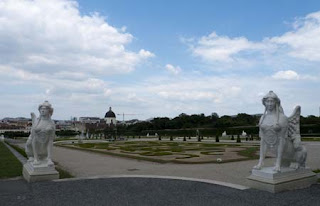 Having seen (and largely forgotten) the film, "The Third Man", a long time ago, I had a memory of the big wheel in the old fairground featuring fairly prominently, so we headed over to Prater to give it a whirl on the wheel. The rest of the fairground is full of modern vomit-inducing rides, but this timeless classic is still going strong; so we piled onboard for a slow revolution, looking out for the landmarks of this mainly low-rise city.

For lunch, we avoided the obvious deep-fried breaded meat options, and headed to the naschmarket where there's a bewildering choice of restaurants and food stalls churning out mouth-watering stuff. We settled on that typical Viennese fare – the falafel sandwich, which was delicious.

From there, we headed for the Belvedere Palace, to see the modern art collection there, featuring the world's biggest collection of works by local boy Gustav Klimt. Even if it weren't for the wonderful art on offer, the Palace itself is pretty impressive (another mini-Versailles); but the Klimt collection was breathtaking – so different to what was being produced elsewhere in the artworld at the time.