May 17th-19th – Pleasantly surprised by Dusseldorf 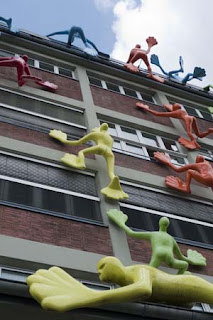 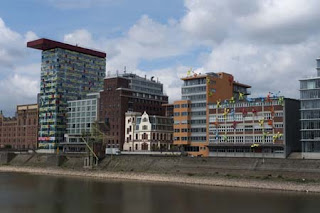 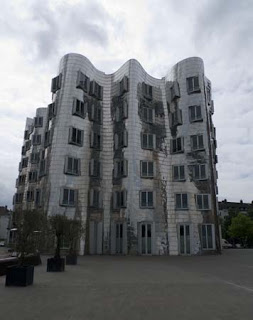 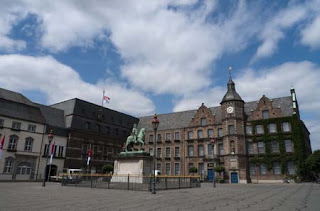 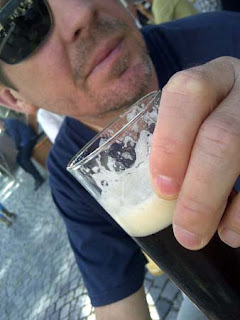 Most of our friends can't understand why we want to spend three months in Germany – it's not a country that many Brits go on holiday to. But, we've spent a few nice weeks here passing through to other places, so we thought it was time to find out more about Germany.

For example, Dusseldorf has a bit of a reputation for being a dreary modern business centre, but we found that we quite liked it. Here's a list of what we liked:
1. It's on the beautiful Rhine – a lovely 10km ride along cycle paths by the river from the campsite into town.
2. Amazing modern architecture – they've revitalised the old docks with some impressive modern architecture, in particular, a typically striking Frank Gehry ensemble of undulating fantastical buildings.
3. The Aldstadt (Old Town) has been called "the longest bar in the world", and features bar after bar serving up the local beer, which Tracy charitably said tastes "like earwax", but I don't think is too bad.