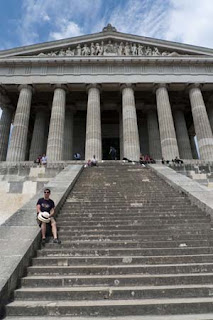 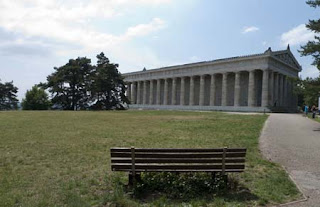 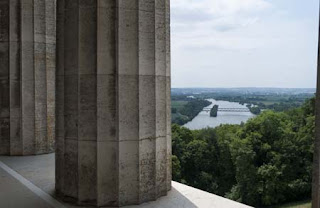 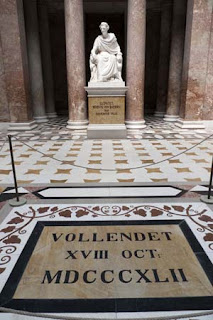 Downriver from Regensburg is a rather odd monument to the heroes of German history – Walhalla. It's named after the Norse home of the gods, shaped like the Ancient Greek Parthenon, and has some rather dodgy bases for its choice of hero.

The thing was put together in the early 19th century by the Bavarian ruling family, before Germany was an actual united country; and so they chose anyone from history who had a "Germanic" background. Basically, in addition to people like Beethoven, this included Anglo-Saxons (somehow Alfred the Great, the cake-burning King of England qualified as a German hero); Dutch greats; Austrians, Czechs and a few others from outside of what we'd view as Germany. This loose view of what was German land was shared by the Nazis a century later.

Fortunately, before you qualify to be a German hero, you have to be dead for over 20 years, and so the Nazis weren't able to put any of their own in there, and in fact, the building now includes members of the German opposition who were murdered by the Nazis.

Anyway, leaving aside the dodgy historical and geographical interpretations, it was a pretty impressive building in a truly spectacular location, on a tall hill overlooking the Danube below, snaking its way through the green countryside.