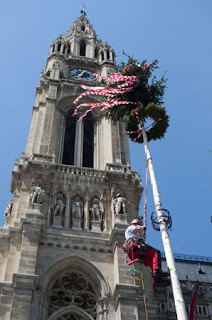 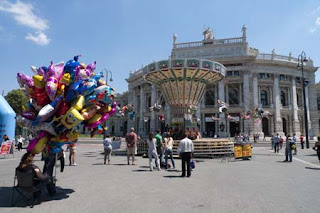 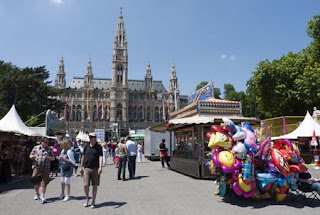 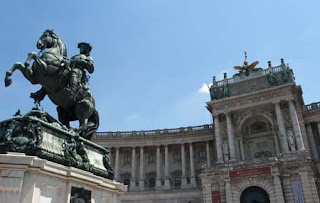 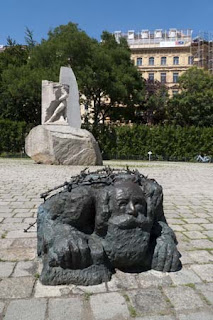 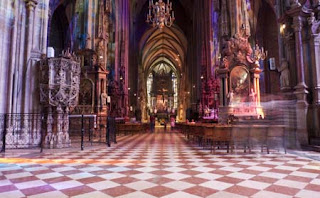 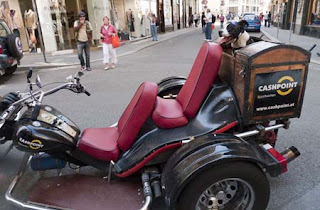 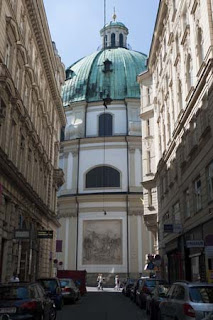 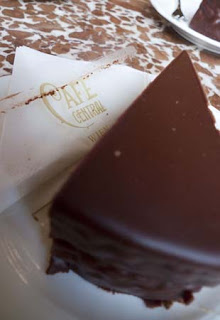 A gloriously hot day today, so what better than to do a walking tour of Vienna's monumentally grand city centre? We started off at the Rathaus, where there was a big festival of some sort going on, with a brass band playing some suitably evocative oompah music that got a pair of old biddies dancing whirling polkas furiously till they got dizzy and careered off sideways into a table.

We then walked through the rose gardens leading up to the hugely impressive Hofburg, the main palace of the Habsburg dynasty that ruled Austria (and much of central Europe) for centuries, until the formation of the Austrian Republic after World War One. Vienna must have been amazingly wealthy in the 18th and 19th century judging by the endless array of grand palaces, baroque churches and wide boulevards around the city centre. It was all done so harmoniously and on a scale that I think only Paris can rival.

Having walked ourselves into a standstill, it was time for a reviving snack, so we headed to the famous Café Central to sample Vienna's most famous pudding, the Sacher Torte. The café, with its plush furnishings, marble columns and bow-tied waiters was like something from another age, but as I'm renowned for "not being a pudding person", I wasn't really the right person to pass judgment on the Sacher Torte. To my uncultured eye, it was like a fairly dried out bit of chocolate cake, and even the crack squad of cake eaters assembled around the table seemed fairly underwhelmed with it.

In the evening, we decided to head down to the Danube Canal for a bite to eat. What could be a fairly scruffy part of town has been transformed by groovy beach bars (with imported sand) and floating restaurants into a really trendy and bohemian area. We were a bit on the old, and a lot on the untrendy, side of the clientele down there, but it was a good place to visit, and more importantly the food was delicious - not a schnitzel or torte in sight!