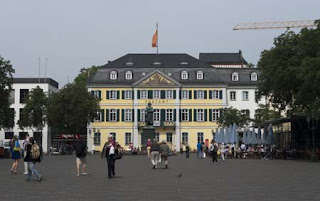 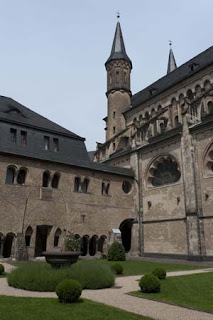 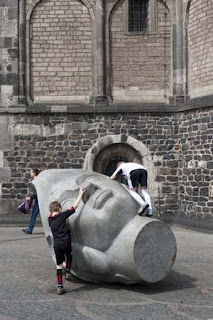 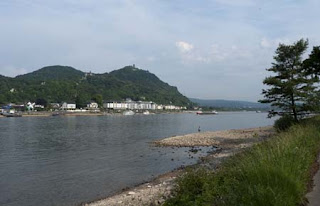 So, we moved down the Rhine to West Germany's old capital, Bonn – a 15 km ride from the campsite this time (we'd better be fit by the end of this holiday). For the capital of Western Europe's largest economy, Bonn might have been a little bit of a disappointment, but as just a pleasant provincial town (now that Germany's reunited and Berlin's back to its rightful place), it's a very nice place to visit.

Like most of these German cities, Bonn was badly damaged in the War, so the city centre is an odd mix of heavily restored old buildings and clunky 50s and 60s architecture. We did a walk around the main historic sights and then moved on to probably Bonn's best feature left over from when it was capital – its museums.

We went to the excellent modern art museum and went to the Max Liebermann exhibition. I'm a philistine, so I'd never heard of him before, but he's chiefly famous for being a leader of the "Berlin Secession" Movement after World War One, when his modern art was challenging the accepted forms of art of the times. Even I could see that it was obviously high quality stuff, but it didn't seem massively ground breaking to me – I suppose that it's interesting to think how much the art world has changed from the turn of the 20th century, when his work was seen as scandalous.