October 11th – Warming Up on Mykonos and Delos 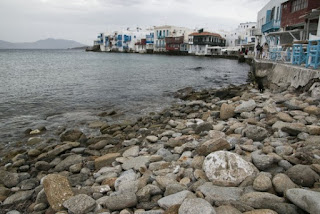 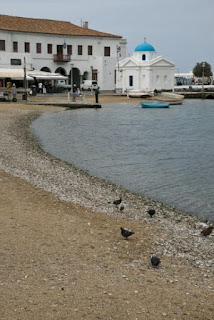 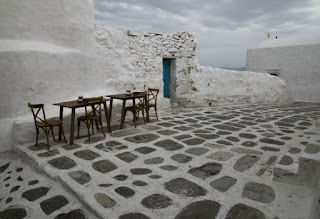 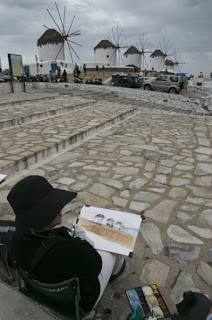 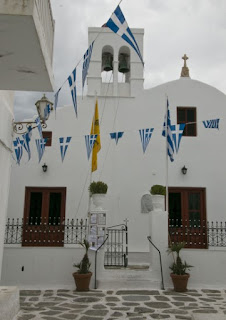 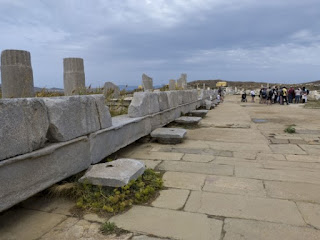 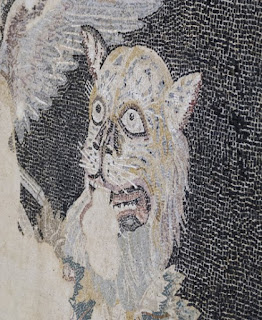 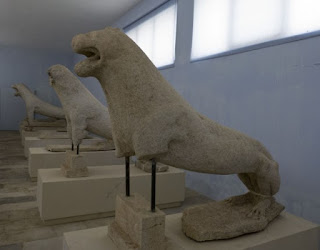 At last, the warm weather has returned! It was still a bit grey and windy today in Mykonos, but the breeze was pleasantly warm and humid.

There was a bit of an "end of season" feel to Mykonos today, but that did mean that there weren't the usual numbers of tourist crowds for our trip out to the neighbouring island of Delos. That meant that we could enjoy one of the most extensive ruins of the Aegean in peace, and really get to appreciate that this now-deserted island was once one of the most important cities of the Ancient Greek world.

Delos is only a small little island, without any natural resources or much vegetation, but it gained its fame by being the mythological birthplace of the twins Apollo and Artemis, two of the most revered gods of the ancient world. So, the island carved out a role as a hugely popular place of pilgrimage, and with its central position in the middle of the Cyclades, it also became a significant trading centre.

As still happens today, pilgrims bring a lot of money to a town, and so the island developed into a sophisticated city of 50,000 people, equipped with wealthy temples, busy markets, huge mansions and large theatres. As we walked the streets of Delos, our excellent guide really made the town come to life for us, as we saw its shops, its street lighting, and even its extensive sewage system – by the standards of the time, ancient Delos must have been a pretty good place to live.

Sadly for Delos, it all came to a crashing end in the first century BC, when the Romans decided that they didn't want the island to be a rival to Rome as one of the centres of the civilised world. So, to show the islanders just how civilised they were, they sent a military expedition over, that massacred 20,000 islanders and enslaved most of the rest of them. From that point, Delos was abandoned, and most of its architectural riches were stolen over the coming centuries.

In fact, it's amazing that there's anything left for us to admire today – yet, even so, this remarkable ancient site isn't too far down the rankings below Pompeii, Ephesus and Leptis Magna, in bringing to life the sophisticated nature of ancient urban life.

How many visitors to Mykonos coming for sun and fun, leave without knowing that this amazing site is on their doorstep?