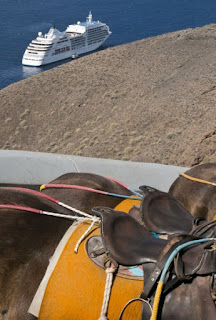 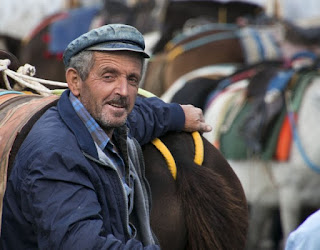 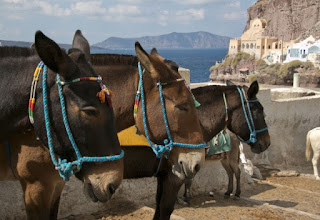 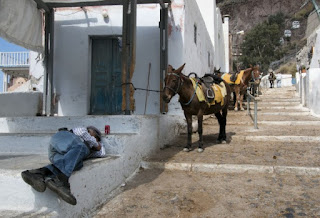 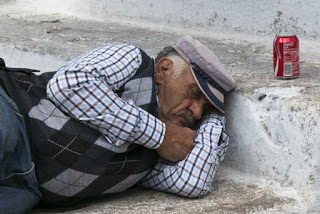 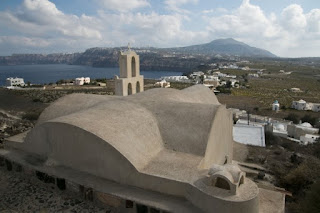 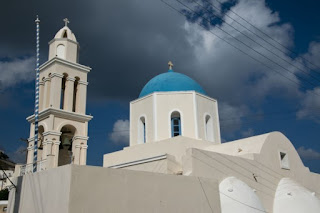 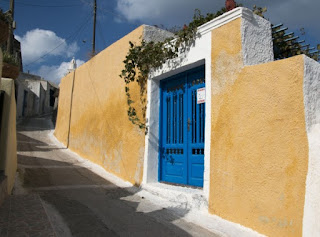 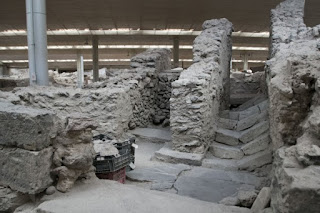 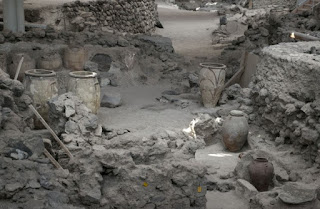 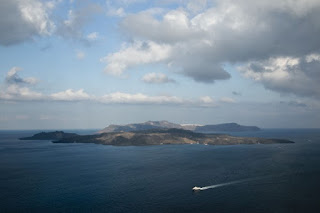 As I said yesterday, I wanted to have a break from archaelogical sites, so instead I sent my trusty photographer out whilst I relaxed!!!

Attached are a few photos of her encounters with the donkeys of Santorini and from the ancient town of Akrotiri.

Akrotiri was buried under a thick layer of ash after the explosion of the Santorini volcano in c1450BC. About half of the village has been discovered but only a small percentage of that has been excavated, as the Greek government don't have the funds to continue with it at the moment.

What the archaelogists have discovered is that, unlike Pompeii, (where the bodies of many people were found), the locals appear to have had sufficient warnings, in the form of earthquakes, to ensure they gathered their belongings and fled. So apart from a few large pots and frescoes, there haven't been a huge number of finds...yet.

It is a wonderful site, and unlike what we saw at Knossos yesterday, everything you see here is all genuine, no reconstructions. Multi-storied houses, water cisterns, a loo with an s-bend, all very sophisticated for 3,500 years ago.