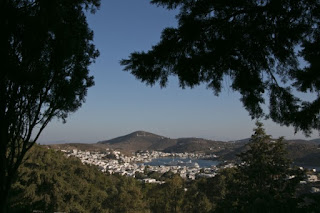 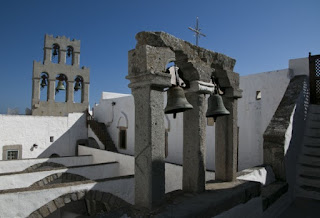 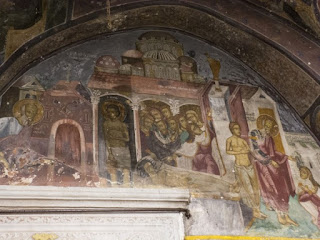 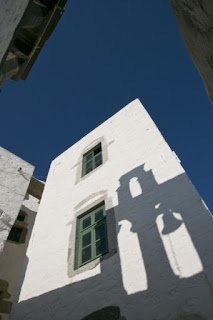 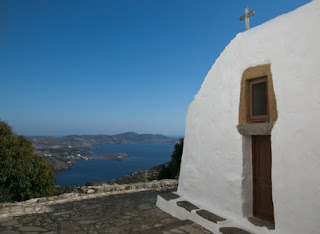 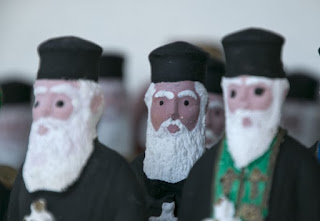 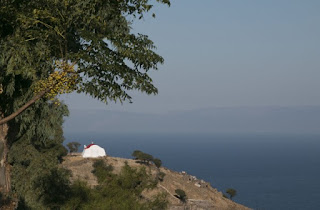 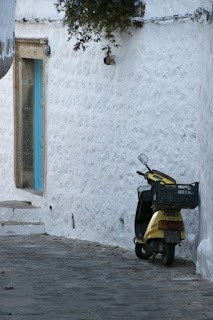 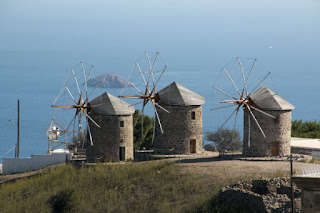 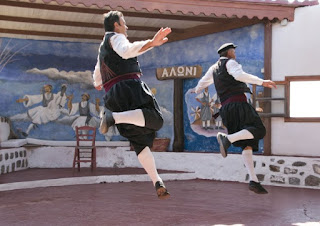 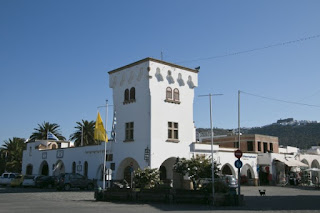 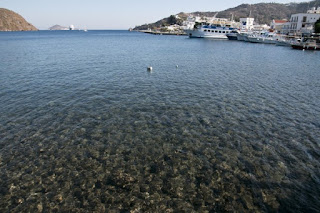 The beautiful island of Patmos in the Dodecanese, goes by the rather unflattering nickname of "The Island of the Apocalypse". This isn't because it's been the scene of some Apocalyptic devastation, but rather because it's the place where the Apostle St John received the Revelation that led to him writing the Book of Revelation, or "Apocalypse" in Greek.

As a result of its biblical connections, the island quickly became a revered place of pilgrimage and its many monasteries became very rich and powerful in the Middle Ages – this has left the island with a heritage that's out of all proportion to its tiny size.

We first went up to the place where it all started – the tiny cave where the aged St John was hiding when he heard a mysterious voice coming from a cleft in the rock, telling him to write down exactly what it was saying. It turned out that this was the voice of God, and this divine dictation was to form the contents of the final book of the New Testament, with its lurid descriptions of the fight between good and evil, and the end of days.

That tiny cave has now been turned into an extremely atmospheric chapel, and we were lucky enough to be there while a service was going on, with some very moving singing and chanting from a small congregation of nuns and priests. I'm not normally a very spiritual person, but there was a real sense of power inside that rocky cave.

The Monastery was another atmospheric place, an evocative medieval complex of frescoed chapels, arcaded courtyards and hushed libraries. Inside the museum, amongst its many treasures was a wonderful icon by the young El Greco – a fusing together of stylised Byzantine art and western renaissance forms, you don't often see such emotions and movement in an orthodox icon.

Patmos Town itself had a similarly peaceful atmosphere. Its virtually deserted whitewashed streets, a maze of blind alleys and switchbacks, designed to confuse any attacking pirates coming to steal the treasures from that heavily defended monastery. In summer Patmos Town is busy with wealthy holidaymakers, but at this time of year you creep around its narrow lanes, wondering where all the people have gone – perhaps this was a post-apocalyptic scenario after all?

After watching an energetic display of shoe-slapping Greek dancing, down below, at sea level, the town of Skala was a much livelier affair – this is where all the people had gone. We wandered around its attractive harbour, and had a tasty lunch in a taverna overlooking the sea. It was about as idyllic as it can get – great flavours, cool beer, warm breezes, blue seas, tranquil atmosphere (hardly a motorbike driving past to break the spell). You can see why people like Tom Hanks, Richard Gere and Julia Roberts are all rumoured to have bought homes on Patmos.

If this a vision of the Apocalypse, then it looks pretty good to me.