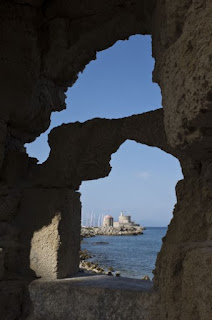 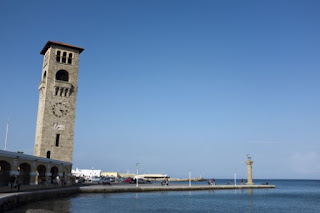 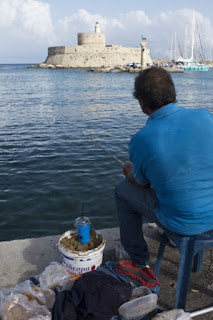 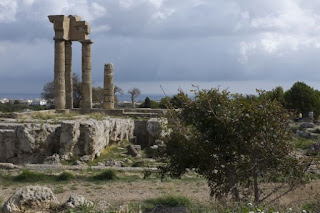 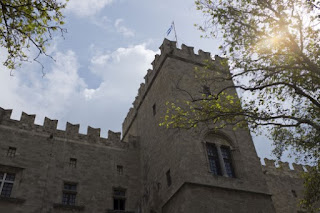 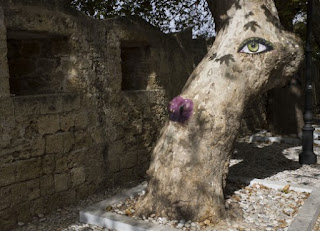 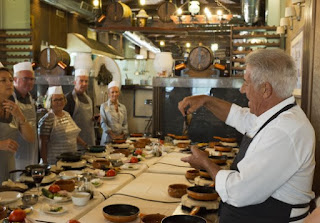 The great thing about Rhodes is that there's something for everyone. If you want beaches, then there's loads of places for some sun and fun on this perennially warm island. If you love history, then you can take your pick of ancient sites, the medieval glories of the Knights of St John, Ottoman Mosques, or Italian monumental buildings. So many powers and empires have passed through Rhodes that it has layer upon layer of history.

However, in spite of the repeated invasions (and in spite of the current tourist invasion), somehow this place still has a wonderfully authentic Greek atmosphere to savour too. Something that particularly comes through in the cuisine here – a side of Rhodes that we enjoyed exploring today.

So, after doing a quick tour of the highlights of Rhodes Town, we arrived at a taverna to be greeted by our wonderfully exuberant host, restaurant owner, Savva. He has perfected the blunt, no-nonsense yet warm persona (as per Tom Conti in Shirley Valentine), and he gave us a fun demonstration of the superbly simple but tasty Greek cookery, before letting us eat the fruit of our labours.

To be honest, it was more of a construction of ingredients prepared by him and then letting him cook for us, rather than hands-on creative cookery; however, the results were great, and we all ate way more than we should have.

At the end, it was either surrender to sleep, or get moving, so we did a long walk around the New Town – not half as picturesque as the medieval Old Town, but still plenty to see.

Rhodes is one of the few places where the full onslaught of modern tourism still can't tarnish its historic splendours, nor dull its traditional flavours either.