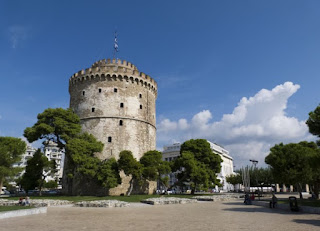 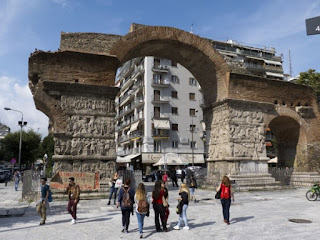 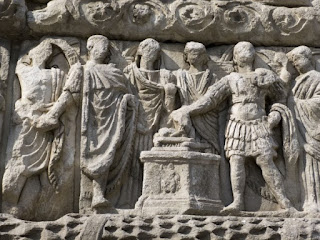 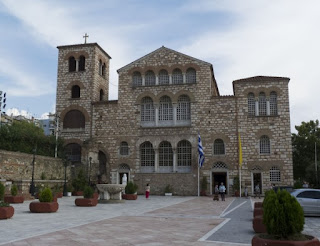 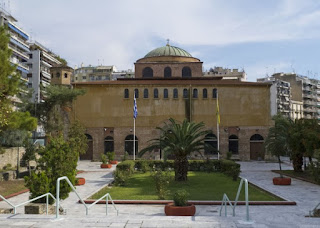 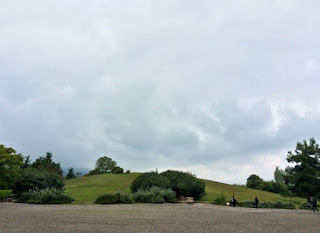 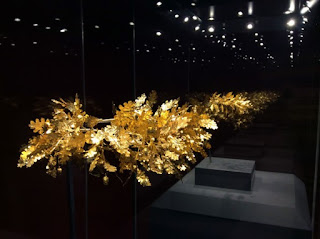 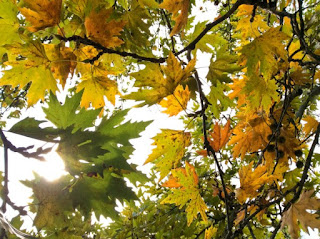 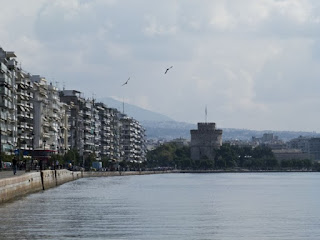 The Greek province of Macedonia is suffering a bit on an identity crisis these days. The breakup of the former Yugoslavia has confusingly created a country with the same name, "Macedonia" – a fact which causes much annoyance to the Greeks, who insist that the country be called "FYROM" instead. Our (very nationalistic) guide declared that people who allow the Former Yugoslav Republic to be called Macedonia, "don't know their history". Although in the same sentence, she also told us that we shouldn't call Istanbul "Istanbul", but instead "Constantinople" – that's in spite of the city being Turkish for the last 550 years!

The result of all this angst, is that the Macedonian Greeks are extremely proud of their history, and particularly proud of their role in uniting Greece and spreading Hellenistic culture around the globe, in the time of Phillip of Macedonia, and Alexander the Great in the 4th century BC. The problem was that up until 50 years ago, Macedonia didn't have much in the way of splendid ancient sites to display the glory days of the area; but that all changed when some Royal Tombs were discovered at Vergina – tombs which boasted a staggering array of amazing artefacts that really take the breath away.

Having been discovered and catalogued, the tombs and their contents are now really well displayed in a climate-controlled bunker that's been built around them. Unfortunately, I can only show you the outside of the grassy hill that the museum inhabits, because for unknown reasons, you're not allowed to take photos inside. Purely to give you something to look at, I attempted to surreptitiously take a clandestine shot – much to my embarrassment, I was busted by one of the extremely aggressive workers, who made me instantly delete my grainy out-of-focus shot (her added weapon was to stand incredibly close to me while she harangued me with terrible halitosis to teach me a lesson).

So, you're just going to have to take my word for it that the intricate artistry of the gold work of Phillip's crown was almost unbelievable, while his well preserved armour, weapons, clothes and furniture were simply fantastic. I've included a photo of a crown taken by Tracy at the site of Pella (Macedonia's ancient capital), that while still impressive, shows a less grand example of Macedonian artistry. When you looked at this Macedonian version of Tutankhamen's treasures, it was hard to believe that this was all almost 2,500 years old. Without doubt, this has got to be one of Greece's best museums.

So, having seen evidence of Macedonia's glorious past, how did the modern capital (and Greece's second largest city) Thessaloniki stack up? Well, on first appearance, it doesn't look that amazing – a devastating fire in 1917 and then an earthquake in 1978 meant that most of the city looks pretty modern, and largely consists of concrete apartment blocks. However, on closer inspection, Thessaloniki actually has quite a lot going for it. Firstly, it's got an attractive seaside location. Secondly, that fire meant that the city could be re-planned with a spacious layout of wide avenues and parks – that mean that it doesn't have the same traffic-filled claustrophobic feel that Athens suffers from. And, thirdly, there's still quite a lot of history to discover here – the remains of Roman palaces underneath great squares, a Roman arch here, a historic Byzantine church there.

Having been in Athens last week, Thessaloniki seems to be a more pleasant place to live these days. It has a more prosperous atmosphere (MUCH LESS graffiti) and it has a more open feel to it.

I don't think Greek Macedonia has to worry too much about its Slavic namesake next door – this original version has so much to recommend it.