October 27th – A Mountain to Climb in Nafplion 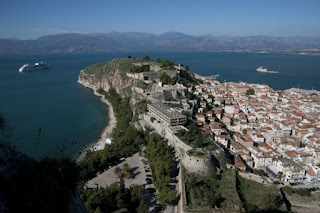 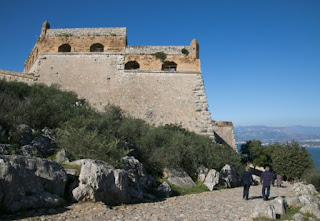 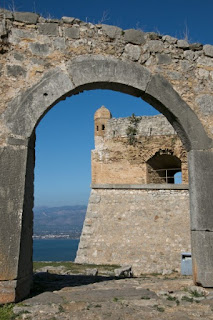 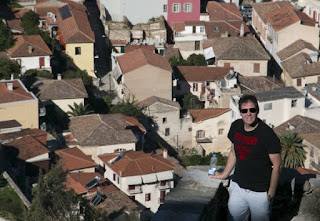 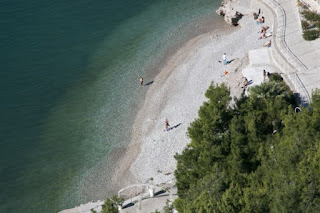 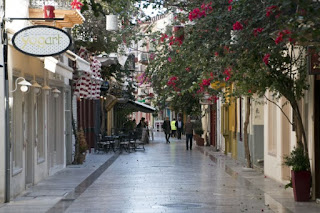 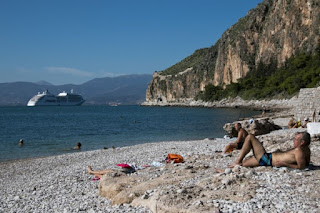 As you catch the tender in to Nafplion, the most noticeable thing about the town is that the steep hill behind it is dominated by an impossibly-situated castle, that looks like it's about to slide down the precipitous slopes at any moment. Every time I've visited the town, I've made an excuse not to climb up there, and always said, "next time". Well, today I ran out of excuses, and we made that epic climb.

So, we huffed and puffed our way up the 800 thigh-aching steps to the castle, all the time cursing those Venetian soldiers for even thinking of building a castle in such a ridiculously steep place. But, the tremendous views over the town and the sea (with the Silver Spirit looking serene in the background), were enough to keep us going.

As we climbed, it was odd to think that this little Greek town was one of the final battlegrounds between the great Venetian and the Ottoman Empires for mastery of the Eastern Mediterranean. Nafplion had changed hands twice between these 2 great rivals, before the Venetians decided to spend huge amounts of money on building this formidable castle between 1712 and 1715. But, this was to be the last ever overseas construction undertaken by Venice; because, just before they'd completed the huge complex of bastions and fortifications, the Ottomans attacked. Ridiculously, the Venetians had left a force of just 80 men to defend this enormous fortress (scarcely enough to even keep a look out over its long lines of walls), and the Ottomans won without a fight.

The fortifications started about half way up our climb, and we followed the snaking lines of crenulated walls up to the huge main bastions – the walls were so tall and thick, and the natural defences of the slope so comprehensive, that you think that the Venetians could have put up more of a fight. If the Ottoman attackers had been as tired as I was by now, there was no way that they'd have been much of a challenge.

As you'd expect, coming down was much easier, and we headed round to Nafplion's small beach on the other side of the headland. Here, sheltered from the wind, it felt like we'd reached paradise – if we'd thought to bring our swimming costumes, we'd have joined the bathers cooling off in those inviting clear blue waters. It was so warm that it was hard to believe that it was the end of October.

We then followed the path along the coastline back into town and went for a relaxing drink in the main square. Well, I say relaxing, but the incredible noise from loads of out-of-control kids (it's half term) screaming and shouting in the square while their coffee-drinking parents ignored them, took a little of the gloss off the serenity of Nafplion's location.

Nevertheless, this is a beautiful part of the world, and it's now been added to Tracy's list of places she'd like to stay for a month or two.