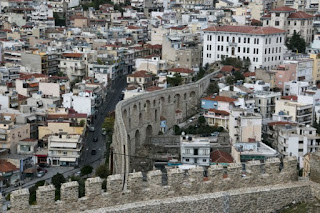 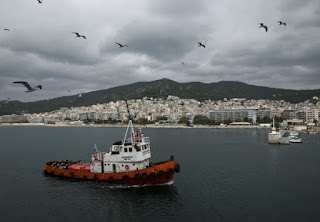 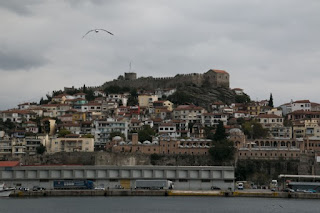 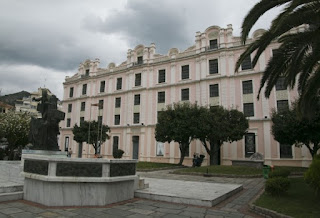 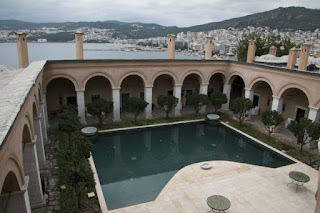 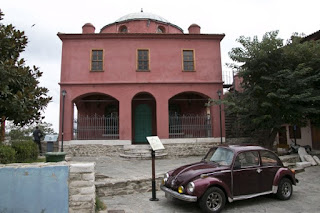 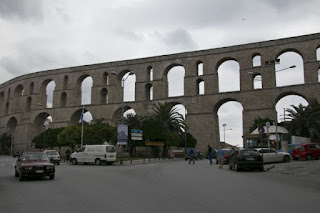 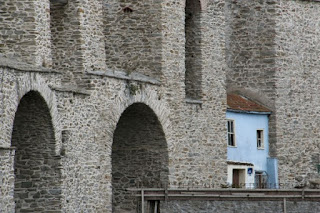 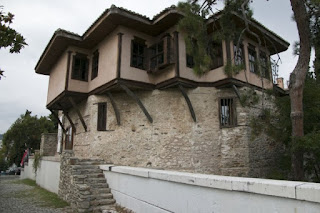 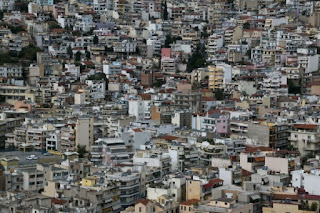 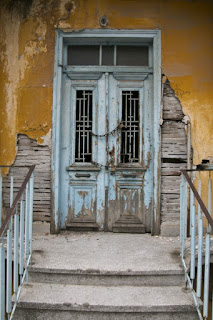 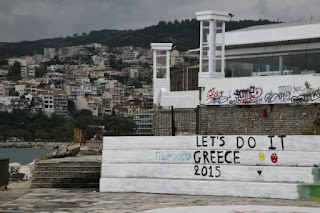 Who could think of a better place to celebrate your birthday than in the slightly obscure Greek port of Kavala? "Where?", I hear you say. You know, Kavala, the uncelebrated, second largest town in the province of Macedonia, which was once famous for exporting tobacco..... and little else really.

Actually, that's being unkind to Kavala. Even if most of the town is modern, there's an interesting castle to climb up to, and an atmospheric (if slightly run down) old town to explore, which reminds us that this place was ruled by the Ottoman Turks for over 400 years.

So, in our exploring, we uncovered a huge Ottoman aqueduct from the 16th century, a couple of disused old mosques, and an old medrassa complex called the Imaret from the 19th century that's now been converted into a posh hotel. We persuaded the hotel to give us a tour of this fascinating complex, and we learnt that it not only acted as a theological school for Islamic studies, but it also performed a role as a soup kitchen, a place of shelter, and a community centre for Kavalans of all faiths.

The Imaret was funded by Kavala's most famous son, Mehmet Ali – an Albanian who went on to found the Egyptian Royal Family. Kavala was that kind of cosmopolitan place – up until it became Greek in 1913, it was peopled by Turks, Albanians, Hungarians, Bulgarians, Jews and Greeks.

These days, you can see that the troubles of the Greek economy have taken some of the gloss off the town; but, when looking for the perfect place to have a cheap birthday lunch, I was spoilt for choice. We settled on an incredibly busy restaurant crammed onto the pavement, that was unpromisingly called "Nemesis" – I've never had larger portions for less money.

On a grey day, Kavala didn't quite live up to its tourist billing as "The Azure City", however we really enjoyed our time in this totally untouristy environment, celebrating my passing from the (merely middle-aged sounding) 36-45 demographic, to the (positively old) 46-55 one.