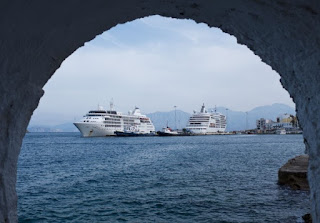 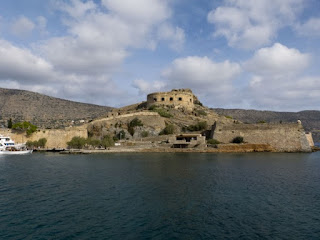 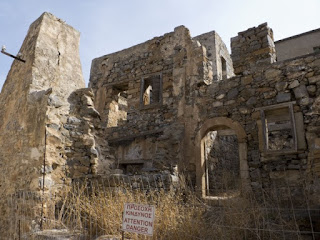 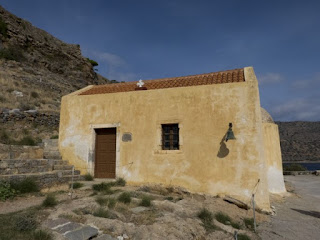 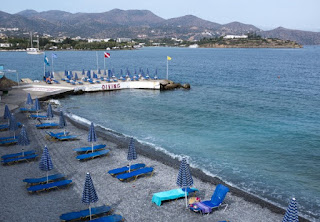 Most visitors to Aghios Nikolaos normally head off to the spectacular Minoan ruins of Knossos, but instead I went off to visit the evocative little island of Spinalonga – home to a formidable Venetian fortress, and also home to a tragic leper colony in the first half of the 20th century.

The great thing about Spinalonga is that it's got such a fascinating backstory. As you explore its impregnable ramparts and battlements, you can get lost in the history of the titanic struggles between the Venetians and Ottomans for control of the Eastern Mediterranean. The rest of Crete fell to the Turks in 1669 (only becoming united with Greece in 1913), yet somehow this superbly defended island hung on grimly for a further 45 years.

But, perhaps what gives Spinalonga its greatest interest, particularly on a human level, was that it was home to a grim leper colony from 1903, to a recently as 1957. In a time when very little was known about how to treat leprosy, the only way to deal with an infected person, was to pack them off to remote islands, and pretty much leave them to it. As they were torn away from their families, never to see them again, the suicide rates were high.

At their peak, over 300 lepers would have lived on the island, in a community that mirrored life in "the real world" – there were churches, shops and bakeries all run by the lepers. Gradually, the Greek authorities made efforts to improve the quality of life of those poor lepers, supplying doctors and medical supplies, and the island even had electricity before the towns across the waters on the mainland did.

There was an eerie feeling to explore its deserted streets lined with semi-collapsed buildings and to imagine the torments (both physical and psychological) of those poor lepers, knowing that their condition was only likely to deteriorate, and that they were going to die exiled out here on this desolate spot.

The phrase, "being treated like a leper" has never meant so much as after a visit to Spinalonga.

PS – The Silver Wind was also docked in Aghios Nikolaos alongside the Silver Spirit, so we did a long walk around the harbour to get a picture of these two sisters together.