October 14th – Ephesus By Day and By Night 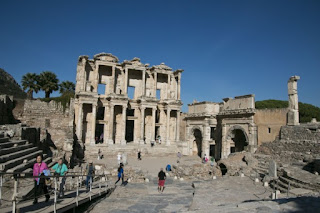 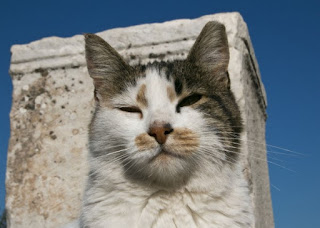 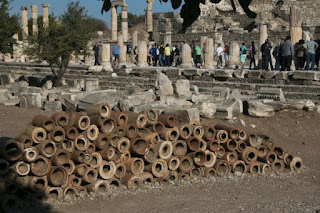 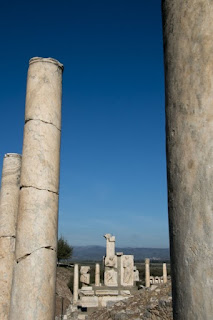 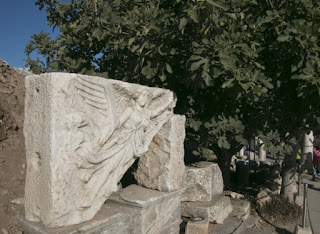 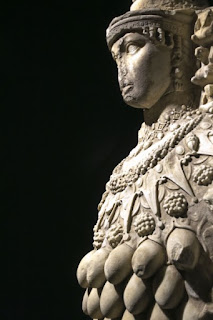 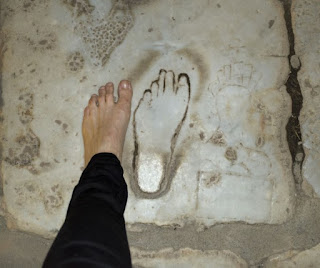 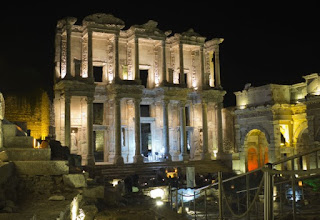 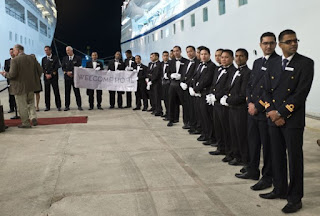 When you've done a lot of cruising in the Eastern Mediterranean, you can get a bit blasé about visiting magnificent Roman ruins like those at Ephesus; however, we try to make sure we come back here at least once a season. Because, even though only a small proportion of the site has been uncovered, the sheer size and grandeur of its marble streets, temples, shops, houses and theatres tell you that this must have been an incredibly impressive and sophisticated city in its prime, 2,000 years ago.

For our visit, our guides told us that this was the busiest day of the season, with 4 ships in (2 of them being monster ships). But luckily we were just ahead of the main groups, so the site wasn't unbearably busy, and our views to the front of us weren't too crowded. However, when we were at the bottom of the site, in front of the Celsus Library looking back, the ancient streets had become a crowded sea of people – I guess that the streets were often like this back in ancient times, when Ephesus was one of the busiest ports in the world, and home to 250,000 people.

So, by day Ephesus was wonderful, but that evening we were going to see another, rarely glimpsed side to it. We had the privilege of going to an evening concert at the site, especially put on for a select group of 100 Silversea guests.

Where once the site had been busy, crowded and noisy, by night it was silent, empty and mysterious. As we crept through its slightly eerie floodlit ruins, it really felt like we were trespassing upon the ghosts of the past. The only signs of life were the many cats who cast enigmatic shadows across the columns and arches as they prowled in front of the lights.

Our auditorium was set up in front of the haunting Celsus library, its time-worn statues staring down at us, looking like they were going to come to life at any time, like the human statues you see in so many European cities. The setting was magical, and the performance of classical music by a string sextet gave the whole experience a mystical, ethereal quality.

Living life on Silversea is a privilege anyway, but today I felt even more privileged than ever.

Ephesus is wonderful by day, but it's truly magical by night.